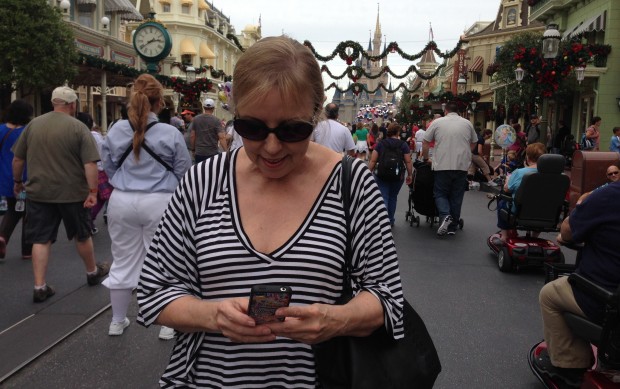 The Thinkwell Group has released the findings of a nationwide survey analyzing behavioral patterns as they relate to mobile integration in a theme park experience.

The survey, conducted among more than 1,000 theme park goers, found that 67 percent of the respondents are interested in seeing increased mobile integration at theme parks, because it would improve the overall guest experience. Of those surveyed, 80 percent took a mobile device on their last theme park visit. Among the respondents who took a mobile device, 72 percent spent “a few minutes on and off throughout the day” engaging with it. Fifteen percent revealed they didn’t use their mobile device during their theme park visit, although they did take it with them.

“Mobile technology is ubiquitous and theme parks have to embrace this ‘distraction’,” says Craig Hanna, CCO, Thinkwell. “We are continually looking for ways to keep guests engaged in the ways that they want to be engaged, utilizing these devices to improve the guest experience or interact with visitors in new ways that enhance the parkwide milieu.”

The survey participants were asked to rank a series of mobile features and enhancements from most to least desirable. The most popular features were more customer service-oriented, helping visitors save time, including front-of-line access to rides, shows and attractions. The respondents also highly ranked having the ability to check queue wait times from anywhere in the park, using GPS to locate friends or family members and using a mobile device to plan an itinerary.

As mobile devices have replaced traditional cameras, 78 percent of participants took photos with their smartphones and tablets. Forty-four percent shared their photos on social media. Reluctant to cut-off communication with the outside world, 43 percent talked to or texted someone, 43 percent checked their e-mail and 29 percent kept up on social media.

As a tech fan, I love my smart phone, and will no doubt grow to love apps like MyMagic+ as services mature and debug over the next few years.
But there is one thing that your beautifully researched article did spur me to think about:

Lots of park guests marching along, with heads bowed down, fidgeting with their cell phones!

Can you imagine your reaction as you or your young ones are wiped out by park guests while concentrating on nothing more than the ‘wait time data’ of their favorite attraction?

Movie Review: Michael Myers is back and...

Three Broomsticks to be a part of...