Kraken Unleashed is no more at SeaWorld Orlando – the park has officially removed the virtual reality (VR) overlay from their Kraken roller coaster. 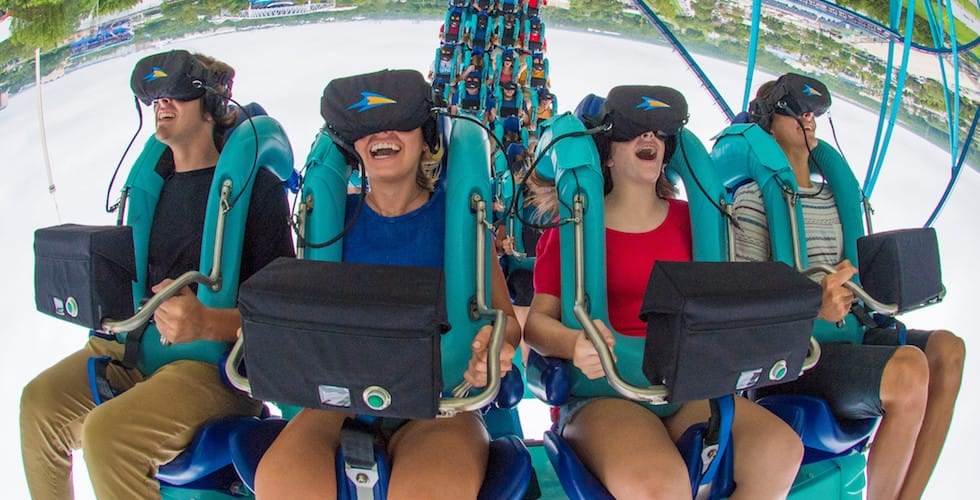 Guests are now only able to ride the traditional Kraken roller coaster.

“SeaWorld did make that decision to remove the VR element from Kraken in mid-August based on ride experience and guest feedback,” said a spokesperson from SeaWorld Orlando. “We believe that most guests still love the traditional Kraken coaster experience. We are always evaluating new attraction opportunities for SeaWorld but we have no immediate plans to bring VR back to the park.”

VR was introduced to the roller coaster just last year, reintroducing the ride as “Kraken Unleashed.” With this coaster overlay, guests would don fully-integrated VR headsets and experience a deep-sea adventure gone wrong. The opening of the new overlay was also where SeaWorld Orlando debuted their SpotSaver virtual queue service for guests.

How do you feel about VR being removed from Kraken? Let us know in the comments below! To learn more about other roller coaster offerings at SeaWorld Orlando, visit SeaWorld.com/Orlando.

Check out our videos of the former Kraken Unleashed, along with a side-by-side comparison to the now-restored traditional Kraken experience below:

Take part in a thrilling theatrical game with #NOFILTER: A Digital Experience

Climb the tallest HyperCoaster in the western hemisphere at Warner Bros. Movie World

I do not go one roller coasters, however, common sense would dictate that since the VR effect was achieved by Guests wearing eye screens, it could have simply been an option for Guests instead of removing it. Those who want the VR experience could wear the head sets, and those who want the regular roller coaster experience could simply not wear the head set…

there may have been other issues with maintenance, royalties, of health with the spread of germs wearing sanitized head sets.

I think through put is also a big issue. It takes so long adjusting the headsets of each rider that queue times sky rocket and the number of riders per hour drops through the floor. At least that’s been one of the biggest problems we’ve seen with VR Coasters in Europe.

Perhaps concern of seizures? or even sanitizing issues might contribute.. not a fan of share eyewear for things like pinkeye and such.. I mean really enjoy “Real D” rather the 3D.. save the VR experience for the mechanical motion rides…

Was there last year when they were still working on it. Going again next March, was looking forward to trying it. So disappointing. I think they could at least give you the choice?

Yeah, I’m glad it’s gone. The year they installed it, we just got passes and were bitterly disappointed that Kracken, being one of our favorite coasters was no longer an “easy ride”, having to make an appointment to ride it, etc. Also, it was no longer included on the Quick Queue passes. To us, it was like they removed a HUGE offering from a park with already so little thrills. We did the VR thing twice…my video froze the first time, making me sick, and both times…I had to hold the mask on my face with one hand to keep it from sliding down…in turn, not being able to hold on to the harness to keep my ears from getting boxed on some of the tight turns/loops. Wasn’t a fan. Kracken can hold it’s own as just a great coaster.

I personally don’t think this was a good idea. I was one of the lucky few to experience the VR side of Kraken Unleashed, and it was great. Also, the VR headsets were optional, so it wasn’t like you couldn’t experience the original Kraken. So taking the headsets out of Kraken might have been a bad idea.