T-Rex gets a face lift for Dinosaur World's 10th anniversary 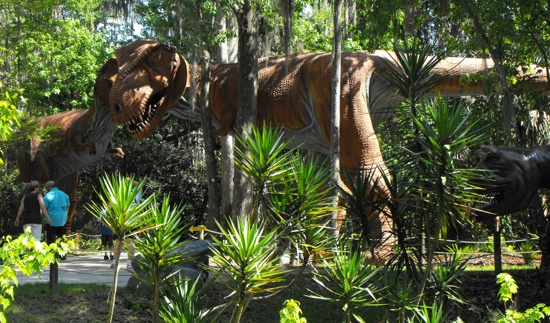 The T-Rex at Dinosaur World in Plant City is sporting a new look on its prehistoric frame. The outdoor dinosaur museum celebrated its 10th anniversary recently and their dinosaurs are getting face lifts to celebrate. 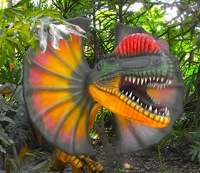 Artist Joakim Svensson is overseeing the procedure that began with the popular tyrannosaurus rex. The velociraptors have also recently gone under the knife. The remainder of the dinosaurs will soon follow.

“Just like with everything else in life, you get better with time and practice,” said Marketing Director Nicole Randall. “We’re committed to continuing enhancements to our Dinosaur World locations.”

The park will remain open during the procedures, which is the reason for only doing one creature at a time.

“The detail work is greatly enhanced” said Svensson. “If you’ve seen the dinosaurs before, it’s worth a second and third look. You’ll swear they’re moving in the shadows of the walk.”

Dinosaur World is located off Interstate 4 (Exit 17) in Plant City, approximately one hour from Orlando. For more information on Dinosaur World, visit www.dinoworld.net