Director Steven Spielberg and Disney have combined forces to bring you a big screen story of “The BFG” (Big Friendly Giant). Although it’s a cute story and very visually appealing, it stalls half-way through before picking up steam again. 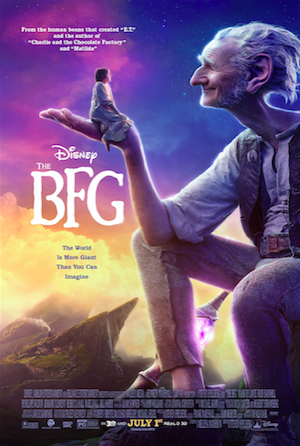 The story is based on, and closely follows, the Roald Dahl novel of the same name. (Dahl also wrote “James and the Giant Peach”, “Charlie and the Chocolate Factory”, “Matilda”, “Fantastic Mr Fox” and more.) It’s about a 10-year-old orphan girl in London named Sophie (Ruby Barnhill), who happens to spot a 24-foot-tall giant one night outside the orphanage. Because he knows he’s been spotted, he takes her home with him to Giant Country. She quickly becomes friends with him and nicknames him the Big Friendly Giant, or BFG for short. Although he’s friendly, the other giants are not. They love to eat human beans, as they call them. She doesn’t want to go back to the orphanage, but it becomes clear that it’s too dangerous for her to stay. So she hatches a plan that involves the Queen of England.

The BFG is voiced and motion captured by Mark Rylance. He does a great job, as do the actors voicing the other giants. Newcomer Ruby also played Sophie well, but the real star of the movie are the special effects. The giants all look very realistic and totally believable, even during the close-ups on their faces. It’s so much fun seeing Sophie interact in the giant’s world with her blanket and clothes looking like doll clothes to the giants and BFG using a huge ship as his bed. It was also fun to see BFG looking small next to the other giants, who were twice as tall.

Seeing the giant for the first time and watching Sophie explore his home was fun and funny, as was their interactions with the Queen and her staff, but the parts in-between were too slow for me. Much of the middle of the movie slowed way down. They could have probably trimmed about 30 minutes from the movie without hurting anything. It bored me until the last third of the movie began. That said, overall it’s a cute tale that looks great. If you don’t see it in the theaters, I recommend seeing it in HD when it hits the home market.

“The BFG” runs about two hours long and is rated PG. I saw it in 3D, but it didn’t add much to it. There are no middle or end credit scenes to stay for.

In The Parks
There’s nothing in the Disney theme parks for “The BFG” that we’ve seen, not even merchandise. But you can take a selfie with a wax figure of Steven Spielberg at Madame Tussaud’s Orlando. 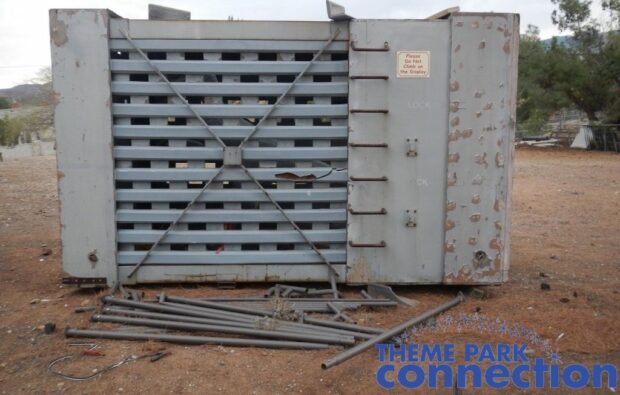 Theme Park Connection, known for selling lots of rare items from Disney’s theme parks, is offering what could be one of the most iconic pieces in Universal’s film history. END_OF_DOCUMENT_TOKEN_TO_BE_REPLACED

Hosts Banks Lee and JeniLynn Knopp bring you this week’s theme park and attraction news. On this week’s episode: END_OF_DOCUMENT_TOKEN_TO_BE_REPLACED 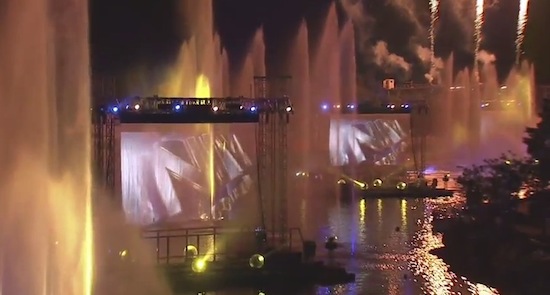