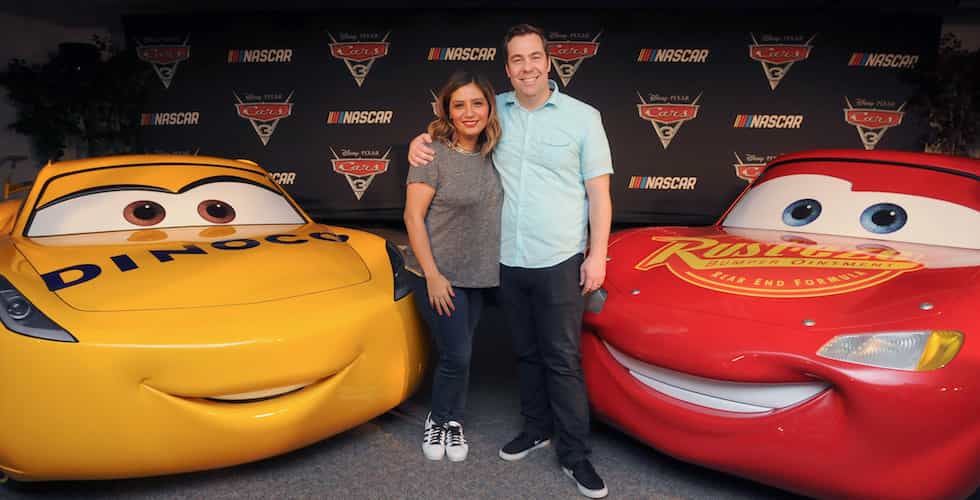 This past weekend, Pixar released its latest theatrical feature, “Cars 3”, nationwide. The Cars franchise is a popular one for Pixar, with an expansive merchandise line and Cars Land in Disney California Adventure. It’s arguably catered towards a male audience across generations. However, this third installment changes that and it may be Pixar’s most feminist movie to date.

Cruz Ramirez, voiced by Latina actress Cristela Alonzo, is McQueen’s unconventional trainer at the new Rusteeze high-tech training facility. We learn she’s always wanted to be a racer, but like all of us, has doubts about her abilities. Alonzo commented, “What I like about [Cruz] is that she’s very good at what she does, but at the same time she still has doubts about herself. She’s relatable to both boys and girls. You don’t know how you’re going to pull something off, but at the end of the day, the only way you can really make sure that you can do you best is to actually just go for it and trust your instincts.”

Typically, when we see female characters amongst male characters, there is too often a love story. It’s a breath of fresh air to see that absent with the introduction of Cruz as her and McQueen develop a true mentorship and friendship that’s entirely platonic. Their relationship beautifully and clearly displays to kids how valuable those friendships can be and what we all can accomplish when are supportive of one another.

Alonzo agrees, “I don’t think we have enough stories with a female character actually in a world with male characters, where they get to succeed in a way that isn’t romantic. For me this is a story about hope, and we need more stories like that because the kids are the ones who grow up and they’re the ones that take over the country.” 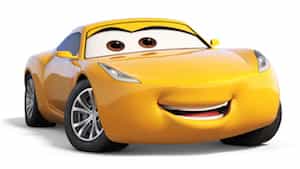 What really makes Cruz’s place in the story so special and fascinating is that the film never calls attention to the fact she is a female car. The movie instead focuses on her talent, training abilities and her life aspirations – not that she can’t do something because she’s a female. She’s never seen as a lesser person (or car) just because she’s a girl, showing that she’s actually on an equal playing field as the guys.

Alonza sheds light on why this is such an important message for not just girls, but all kids. “It’s one of those lessons that I think we tend to forget about that it’s not about a boy or girl doing something,” she said. “It’s about the best person doing the best that they can. I think that’s such a great story about female empowerment by reminding everybody that we’re all pretty much alike. And if you work hard and you have the skill, whoever is the best will win.”

The film also introduces another female car by the name of Natalie Certain, voiced by Kerry Washington. Natalie’s role, though smaller, is equally as important. She’s the only female car we see in the male-dominated industry of the Racing Sports Network, showing there’s a place for females throughout various industries in the professional world.

Washington was proud to portray a second strong female character in “Cars 3” who also gets an interesting character arch. “I think it’s fun to see women in the film who are brave and smart and courageous and also teachable, “ she said. “Women that balance having extraordinary talent and intellect, but also humble enough to learn the lessons they have to learn.”

Also new to the franchise, Armie Hammer (voice of Jackson Storm) chimes in on how important this movie meant to him and his family. “The fact there there is a strong female figure who’s told that you can do anything you want, as a father to a little girl, I love that,” he said. “Getting to be a part of a movie that can sort of carry that message, I’m happy to be in that kind of movie.”

We can contribute so much of this girl power to director Brian Fee. Fee has a long list of credits between Pixar and Disney, but he has made quite the statement with his directorial and story writing debut. “My kids have influenced this film so much,” he explained. “I want my daughters to never be afraid to try something because they think they aren’t going to be good at it. I never want to hear them say certain things are for boys and certain things are for girls. Those are the moment we fight for and try to get on screen.”

Audiences around the world have been praising the feminist message of “Cars 3”, which is reflected by bumping Warner Brother’s “Wonder Woman” from the highest box office weekend title. The fact that Pixar has contributed to two female-focused movies as the number one and two box office spots, is really a win for the entertainment industry. As the demand for diversity and strong female characters has reached an all-time high, Pixar delivers a rewarding story in the most unexpected way

…Yeah, I’m trying to remember Brave never happened, either. 😉
(Although Merida IS nicer in the parks than that snotty self-centered boy-bashing brat we got in the movie.)