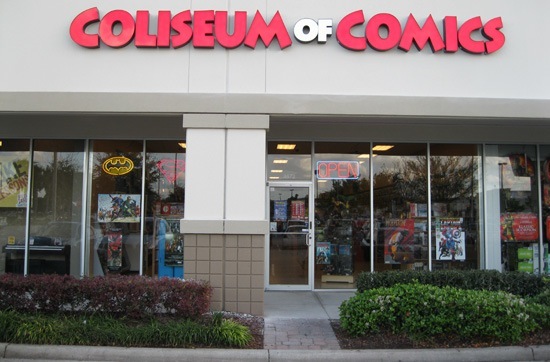 On the first Saturday in May for the past 10 years, comic book stores, in coordination with comic book publishers, host an event where comics are given away free. There’s no fine print and nothing to buy. The comics are completely free to readers. 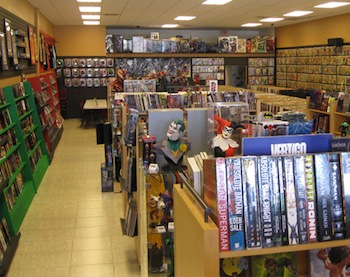 Over 2.7 million comic books will be given away by participating stores, introducing as many people as possible to the wonders of comic books. There’s literally a free comic book available for everyone’s taste: from Spider-Man, Green Lantern, and Disney to Kung Fu Panda, Archie Comics, and Star Wars – there’s even a comic book on Discovery Channel’s Deadliest Sharks.

Orlando-based Coliseum of Comics has two locations that are an easy drive for Orlando tourists. The first is off the I-4 Conroy Road exit, across from the Millenia Mall at 4672 Millenia Plaza Way, and the other is down 192 in Kissimmee at 3159 W. Vine St.

Free Comic Book Day will be hosted at all Coliseum of Comics locations. Coliseum at Millenia will be open from 10 a.m. until 9 p.m on May 7.  “Though we have thousands of free comics to give away,” Boyle said, “The supply is not infinite so come early!”

“If you’ve never picked up a comic book, if you’re coming back to the hobby after a long time, or you’re just trying to find something to encourage your kids to read, a stop at Coliseum of Comics will show you options you never even imagined,” said Joe Littrell, comics manager of Coliseum’s Kissimmee location.

Another tourist area comic book store near the Florida Mall recently went out of business.