If you’re interested in how the creative ideas for The Wizarding World of Harry Potter, Halloween Horror Nights and other theme park attractions are created, you’ll want to attend the Entertainment Designer Forum this Friday night. And you’ll be helping a good cause as well.

Billed as an evening with top designers in the entertainment industry, two sessions will be held at the Mad Cow Theatre in downtown Orlando to benefit the American Cancer Society Relay for Life in honor of Stephanie Girard. The panel will discuss their styles and philosophy in designing theme park and film sets. The panel members will take questions after each presentation. In addition to the talks, a silent auction will offer some one-of-a-kind theme park memorabilia, including rare Halloween Horror Nights collectables.

Stephanie Girard has worked as an art director and set designer for films such as Ray, Dreamer, Leatherheads, Dear John and more. She was also a designer for Halloween Horror Nights, Grinchmas and Universal Dubai. Just 49-years-old, Stephanie has been battling colon cancer for five years. This past December, doctors told her she had three months to live. So far she’s beating those odds. And since that time she’s made it her goal to raise at least $25,000 for the American Cancer Society. Last year she raised an unheard of $14,000 during the Relay For Life in Celebration, Fla. Since December she’s raised more than $22,000 of her goal.

The Entertainment Designer Forum is being held at 6:30 and 9 p.m. this Friday, April 23 at the Mad Cow Theatre. Tickets are $25 each and all of the proceeds from ticket sales and the auction items go toward Stephanie’s goal. To purchase tickets, visit madcowtheatre.com or call 407-297-8788.

Some of the auction items: 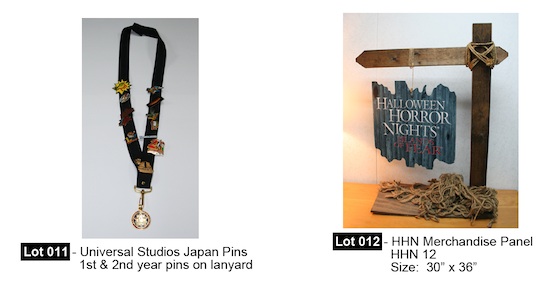 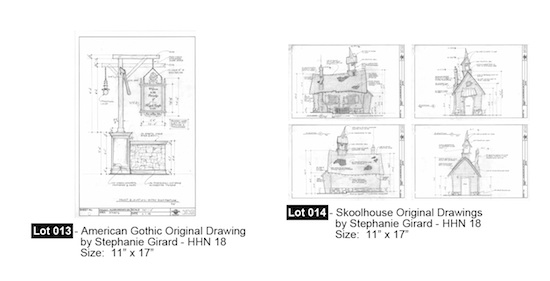 Disney, Universal and many others offering specials for stranded travelers