Interactive animatronics aren’t only for theme parks anymore, as a talking Gargoyle has taken up residence in the newly renovated Denver International Airport, where he’s chatting with travellers about the conspiracy theories that have long swirled around the airport. 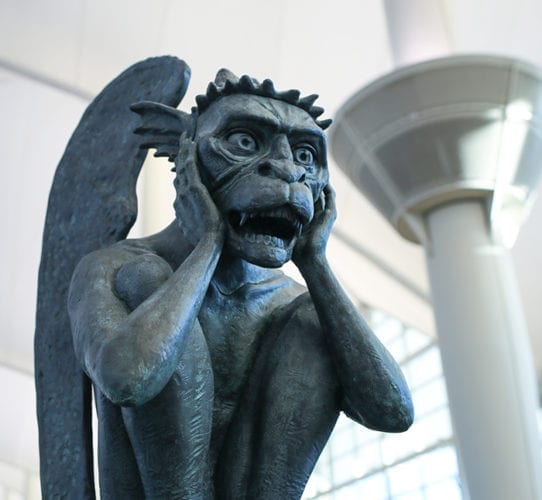 A talking animatronic gargoyle is now interacting with travellers at Denver International Airport.

For several years, visitors to Disney and Universal theme parks have enjoyed conversing with animated animals, mythical monsters, and even an enchanted water fountain, thanks to audio-animatronic figures that a puppeteered by talented hidden performers. Now, a similar experience has been installed at Denver International Airport in the form of an interactive talking gargoyle animatronic who entertains travellers on their way to and from flights.

Denver’s new talking gargoyle teases passersby with references to the many conspiracy theories that have swirled around the facility since it opened in 1995. As reported by TalkingSquid.com, the talking gargoyle was recently installed in the airport’s new 1.5 million square foot Jeppesen Terminal as part of a major renovations that began last year. 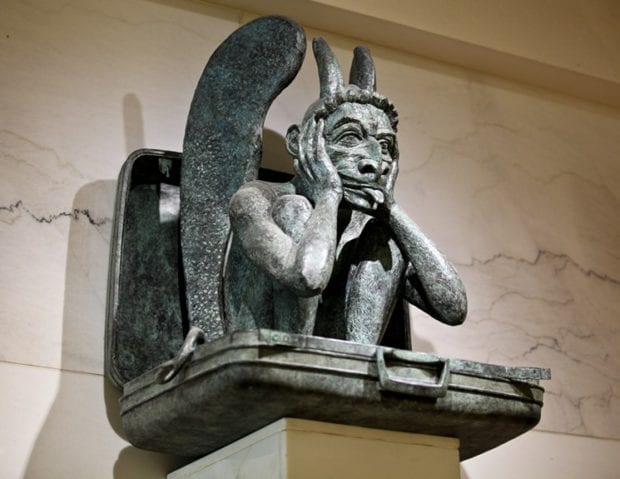 For more information, visit Denver International Airport’s website, and watch these videos of other interactive talking characters at other attractions:

Give Kids the World announces ‘Coasting for Kids’ fundraiser for 2019

Prepare for your next Disney vacation with...