Ron Wertley of Tampa, Fla. took on the Walt Disney World Marathon’s Dopey Challenge last weekend – running the 5K, 10K, half marathon and full marathon – all before he had to go in for a 30-day stint in the hospital. 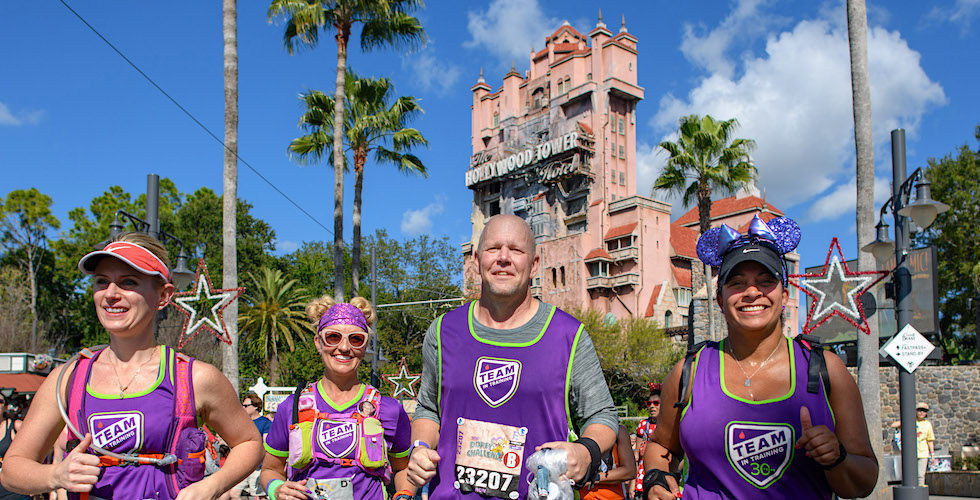 This Tampa man proved anything is possible when he participated in the Dopey Challenge last weekend.

Wertley completed the Dopey Challenge, all 48.6 miles of it, despite having to train while going through chemotherapy treatments for cancer. He was first diagnosed with acute lymphoblastic leukemia and given a 40-percent chance of survival after completing the Challenge last January. Almost a year of aggressive chemo treatments sent Wertley’s cancer into remission – up until a few weeks ago.

This past December brought the news that his cancer had returned and doctors told him that he needed a 30-day stay in the hospital combined with an aggressive chemo regimen. However, with the support of the Leukemia and Lymphoma Society’s Team In Training, Wertley was set on participating in this year’s Dopey Challenge, as he has completed all five previous challenges.

“It’s a big accomplishment, to show that anyone can do this,” said Wertley after completing this year’s Dopey Challenge. “If you’re going through chemo, it doesn’t matter. Get up and do it. I did it, anybody can do it.”

We want to extend our congratulations to Wertley for his tenacious spirit and accomplishment of this year’s Dopey Challenge, and wish him the best of luck in his treatments!

I was I told December 8 2017 I had small cell lung cancer I had been training hard to do my first 5k at Disney. I was able to do it in 26 degree weather. I did great. Came home starting chemo and radiation on the 17th. I did it again this year was harder radiation did a toll on me I am so proud of you .

Life After Disney, Part 4: Painting on...