Get ready to soar over San Francisco! This week, a new flight simulator attraction named “The Flyer” opened at Pier 39 – adjacent to the world-famous Fisherman’s Wharf – and while it may initially feel similar to certain other hang-gliding rides in Southern California and Florida, it’s romantic narrative and use of the many landmarks around The City by the Bay make it a fresh and fun new stop for tourists visiting the area. 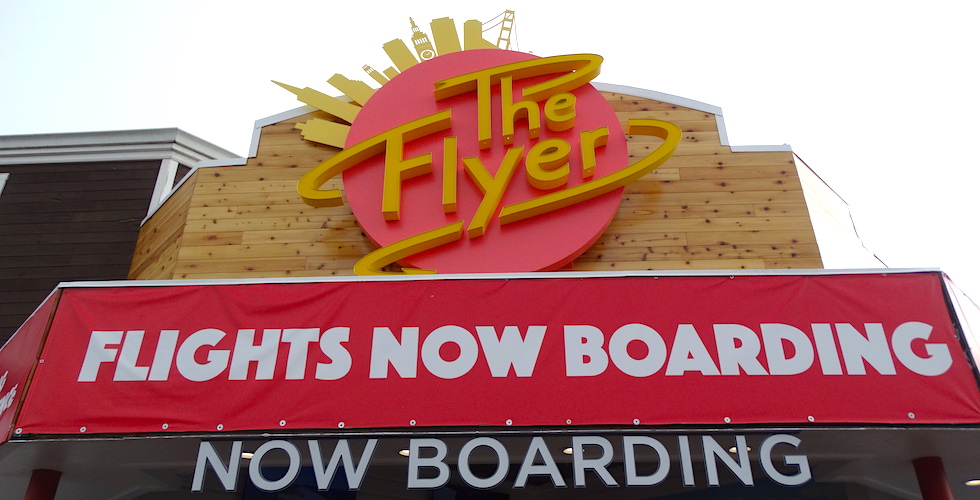 The Flyer is now open at Pier 39 in San Francisco. Photos by Mike Celestino

The Flyer, designed by motion simulator manufacturer Triotech in partnership with Pier 39, held a special Grand Opening Event on Thursday, Jan. 10 in celebration of the attraction’s debut. According to owner John Alter, the ride “explores the reasons residents and visitors love San Francisco, but also shares its own love story that will resonate with those in the 7×7 and beyond.” 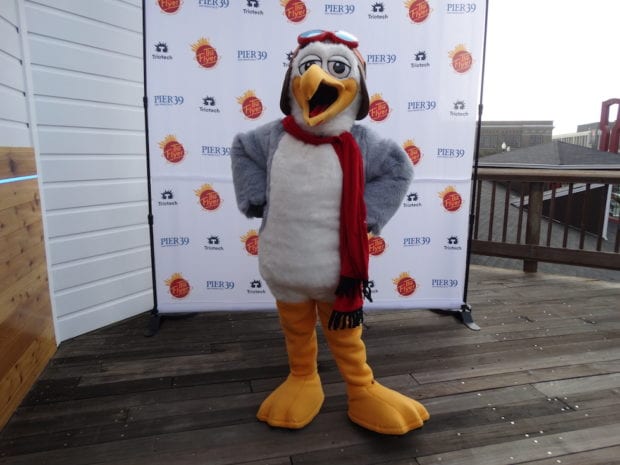 Seymour, the official mascot for The Flyer.

Indeed, The Flyer’s multi-dimensional, sentimental pre-show features a young San Franciscan couple meeting, falling in love, and preparing to make the leap into a lifelong commitment, but not before a pesky seagull named Seymour (who also serves as the cartoon mascot for the attraction) dives in and snatches the engagement ring right out of our hero’s hand. 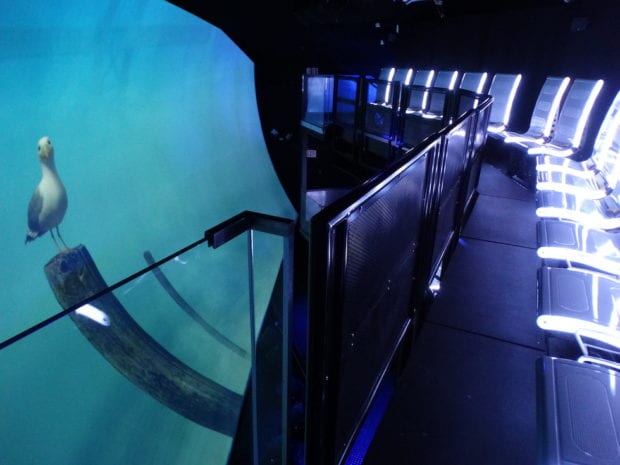 Guests are then led into the auditorium, where cutting-edge technology was used to create two levels of state-of-the-art motion seats. 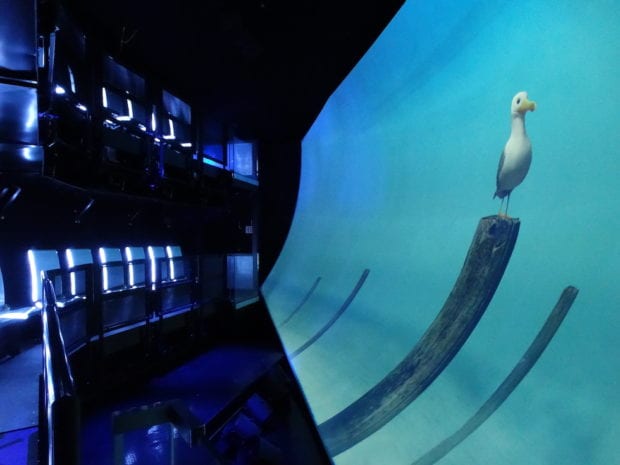 “These are double seats, which gives everyone the same motion. Usually on a flier, you can [have] ten people on the same platform, but here everyone has the same amount of motion,” said Ernest Yale, founder of Triotech. It’s a very dynamic motion; we think it’s the most dynamic motion ever used in a flying attraction.”

The experience itself sails riders over, around, and through San Francisco’s most notable and famous sights, including the Golden Gate Bridge, Alcatraz Island, Lombard Street, the Castro District, Chinatown, and back to Pier 39 where it began – all while tagging along on the wings of the aforementioned ring-stealing seagull. 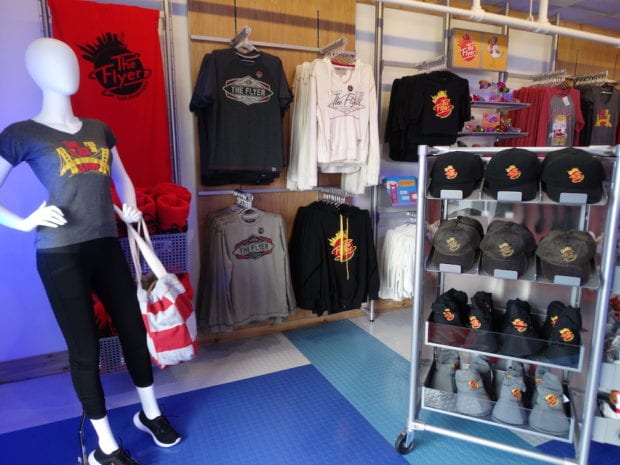 In The Flyer’s lobby and gift shop area, a one-of-a-kind original mural by San Francisco artist Sirron Norris, the background designer for FOX’s Bob’s Burgers, “embodies the eclectic spirit of the city featured in the main attraction.” T-shirts, mugs, and other goodies depicting Seymour and The Flyer logo can be brought home for a reasonably affordable price.

Admission to The Flyer is $25 per adult and $16 for children, and the attraction is open daily from 10 a.m. – 10 p.m. To learn more about The Flyer, visit TheFlyer-SanFrancisco.com.

Check out our video of this new flight simulator below:

A legally blind girl gets a big...