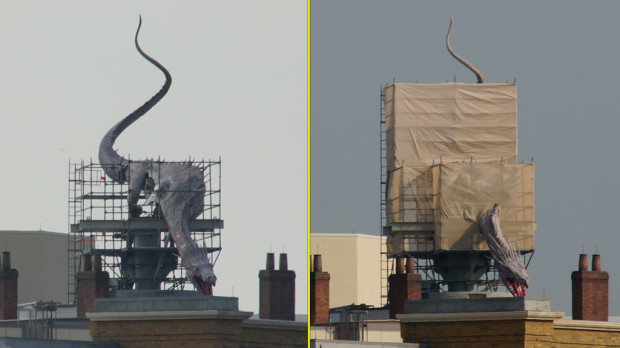 For just a few hours Saturday, those in and around Universal Orlando got a tantalizing sneak peek of what will be an animated fire-breathing dragon perched on the roof of Gringotts Bank in The Wizarding World of Harry Potter – Diagon Alley. Above left is the base body of the dragon Saturday evening. At right is the same dragon on Sunday morning. 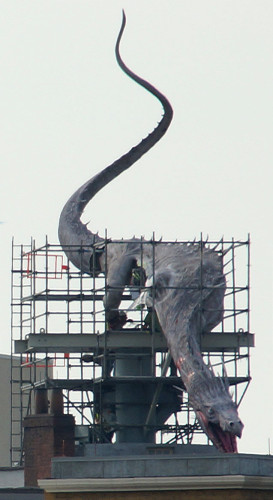 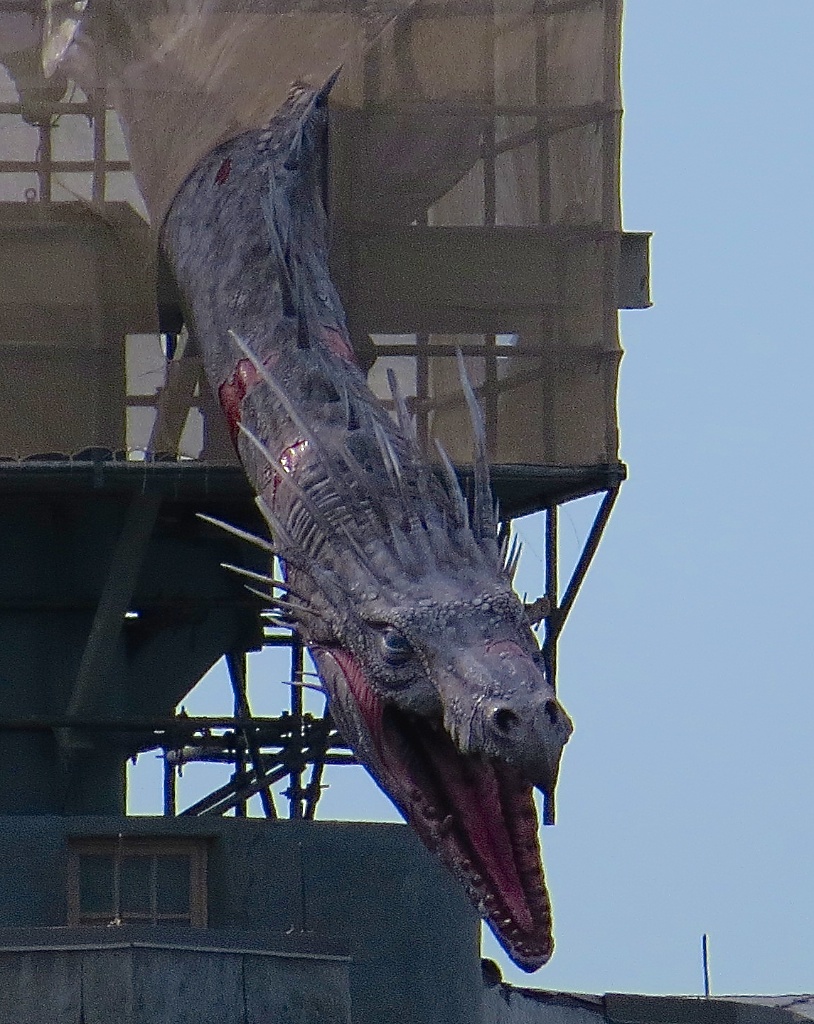 Check out the details in the dragon’s head. Notice the marks on his neck from the chains which kept him in the bank. 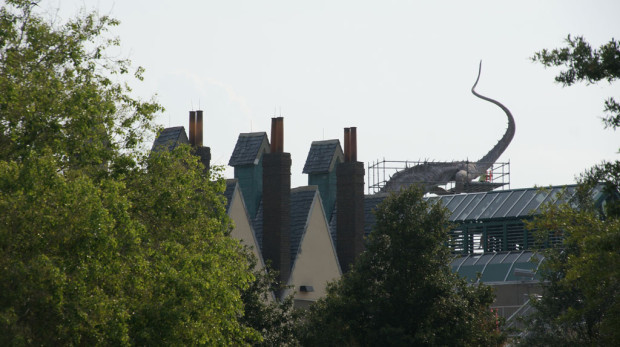 Here is the dragon as seen from the Men in Black approach to Diagon Alley. 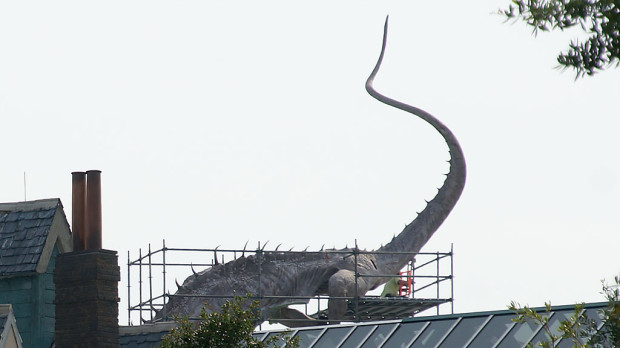 You can see scales along the dragon’s thorny back. 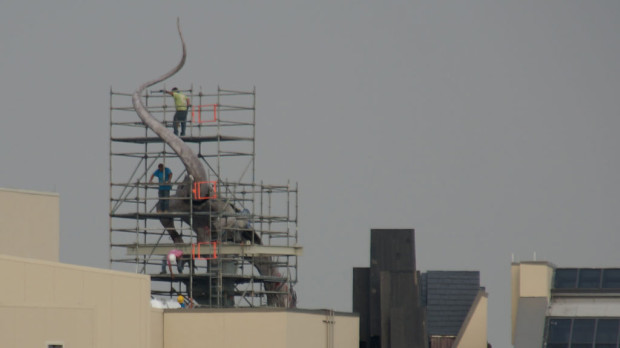 Only the tail can be seen from the back of the park, from a city street bordering the park. Here, workers are completing the scaffolding on Saturday evening. 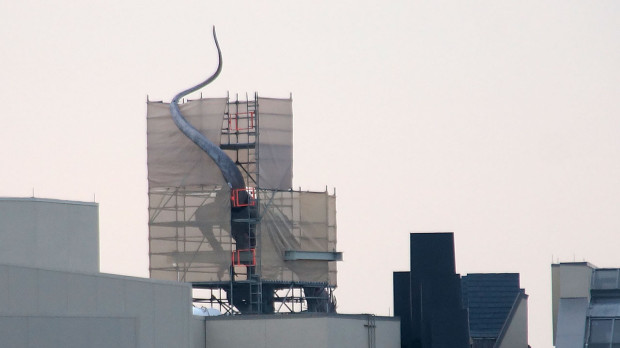 The same view 12 hours later. The tail is outside the netting, possibly so that it can move during animation testing. 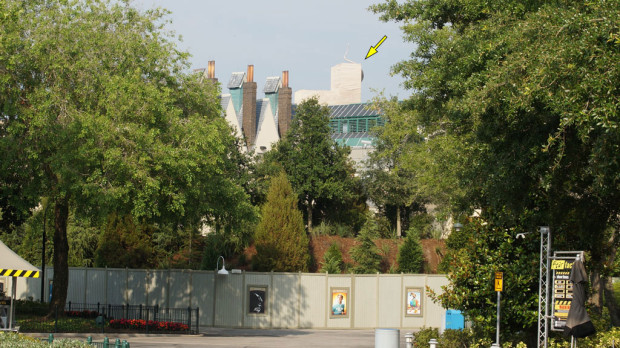 The dragon in its netting on Sunday morning from the Men in Black approach to Diagon Alley. 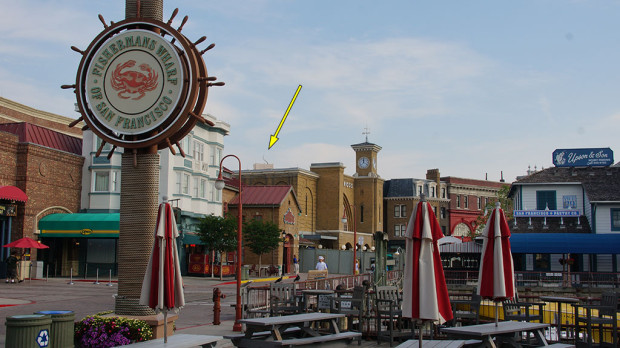 Only the Dragon’s tail is visible from the San Francisco approach to Diagon Alley. 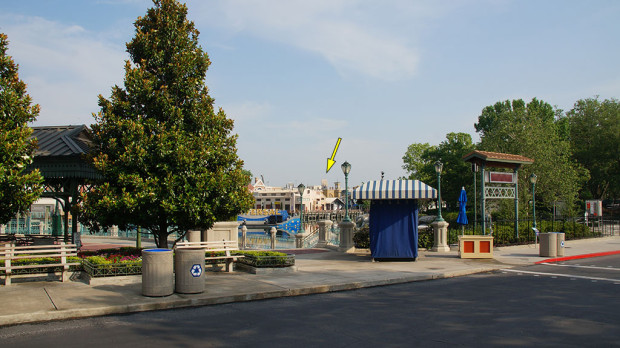 One of the best angles for seeing the dragon outside of Diagon Alley is in this area near Mel’s Drive In. Below is a photo from the same location, through a zoom lens. 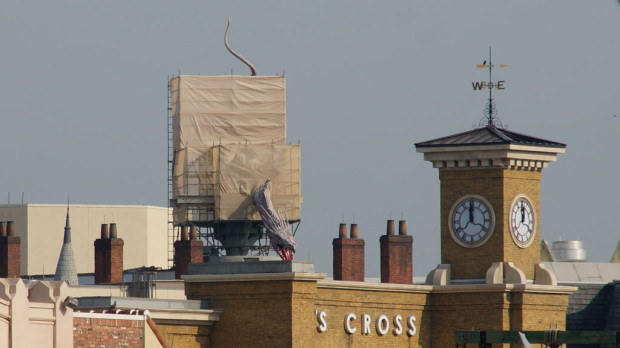 Here’s a video of the dragon from different angles around Universal Studios:

Stay tuned in the @Attractions Twitter feed for photos when wings are attached!

Does anyone know what company sculpted the Dragon?

Video tour of Harry Potter and the...