TCM Big Screen Classics series brings ‘E.T.’, ‘The Princess Bride’, ‘The Godfather’, and more back to cinemas in 2017 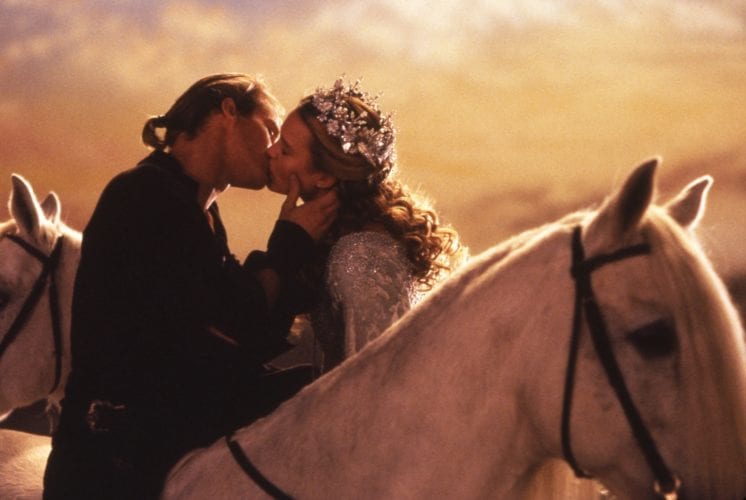 ‘The Princess Bride’ and other favorites return to cinemas in 2017 with the TCM Big Screen Classics series.

Princess Buttercup, Vito Corleone, and E.T. will all live again in cinemas next year through the monthly TCM Big Screen Classics series at movie theaters across the country.

Fathom Events and TCM announced their continuing partnership to bring monthly screenings of their TCM Big Screen Classics series to movie theaters nationwide throughout the year.

For the second consecutive year, TCM Big Screen Classics offers film fans an amazing journey into the magic of movies year-round. Beginning in January, the series presents one or more films each month in movie theaters – all accompanied by specially produced commentary from TCM host Ben Mankiewicz or Saturday-afternoon host Tiffany Vazquez, giving unique insight and behind-the-scenes tidbits that enhance the movie-going experience. Each title returns for four showings only.

Each of these cinematic treasures will be digitally projected in its original aspect ratio at 2:00 p.m. and 7:00 p.m. local time each day (Sundays and Wednesdays).

Tickets for the 2017 TCM Big Screen Classics series can be purchased online by visiting www.FathomEvents.com, or at participating theater box offices. For a complete list of theater locations visit the Fathom Events website (theaters and participants are subject to change).

“TCM and Fathom are proud to announce some of the greatest feature films of all time in the 2017 TCM Big Screen Classics series. These 14 titles were released over five decades and include Best Picture winners, epic storytelling, astounding direction, legendary star-power and memorable soundtracks, all of which have captured the hearts of film lovers and defined moviemaking magic,” said Fathom Events Vice President of Studio Relations Tom Lucas.

“The TCM Big Screen Classics series presents a unique opportunity for movie lovers to experience some of the most beloved classics of all time, on the big screen and with a live audience, as they were originally intended to be shown,” said Genevieve McGillicuddy, vice president of partnerships and brand activation, Turner Classic Movies. “Expanding our long-term relationship with Fathom Events and our studio partners makes it possible for TCM to directly engage with a community of movie fans in a meaningful and memorable way, and share our love of classic film in local markets across the country.” 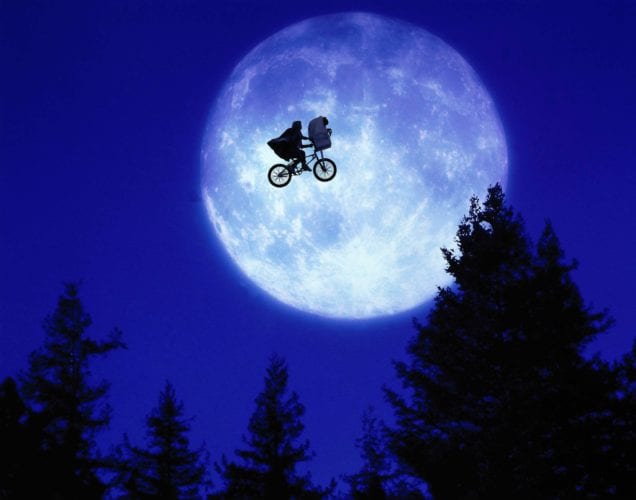 From January to December 2017, here’s a month-by-month look at the films that comprise this year’s TCM Big Screen Classics series:

Silent film movie star Don Lockwood (Gene Kelly) finds his muse in Kathy Selden (Debbie Reynolds) just as Hollywood discovers talking pictures, but mega-star Lina Lamont (Jean Hagen) isn’t going to stand for it – she’s bigger “than Calvin Coolidge, put together!” With the help of Cosmo Brown (Donald O’Connor), Don and Kathy will find a way to overcome the scheming Lina. Co-directed by Kelly and Stanley Donen, Singin’ in the Rain is a glorious, grin-inducing example of the Hollywood studio system at its finest, one of the happiest of musicals ever made.

The perfect Valentine’s Day event for romantics and movie-lovers alike, this CinemaScope classic remains as much a tearjerker today as it was 60 years ago, when its misty-eyed tale was first released. Cary Grant and Deborah Kerr star as the two lovers who meet by chance on a trans-Atlantic voyage and fall in love despite their existing relationships. When they agree to meet six months later atop the Empire State Building, they cannot foresee the tragic circumstances that will test the limits of their devotion – and of the tear ducts of millions of moviegoers who have fallen in love with this swooning story of love, fate and circumstance.

Backstage backstabbing and treachery has never been as deliciously fun or as intensely dramatic as it is in All About Eve – which is tied only with Titanic for the most Academy Award® nominations for a single film. Director Joseph L. Mankiewicz’s black-and-white masterpiece also stars a young Marilyn Monroe in one of her first important roles. With a record-breaking four nominations in female acting categories (Bette Davis and Anne Baxter as Best Actress and Celeste Holm and Thelma Ritter as Best Supporting Actress), it remains one of the most riveting dramas ever made, a movie often imitated but never duplicated.

From its dazzling opening credits sequence by Saul Bass, set to a wild scherzo by Bernard Hermann, to its cliffhanging finale atop Mount Rushmore, director Alfred Hitchcock’s cross-country adventure offers non-stop thrills. It stars Cary Grant as Roger O. Thornhill, a man wrongly accused of murder, who hops on to a train … and into the lap of Eve Kendall (Eva Marie Saint). All the while, he’s pursued by the sinister Philip Vandamm (James Mason), who is convinced that Thornhill is a spy. He’s not – but he’s about to become one. Few films are as effortlessly delightful as Hitchcock’s grandest adventure ever.

Dustin Hoffman delivers a Hollywood rarity: a true star-making performance as the confused, floundering Benjamin Braddock. He’s a new college graduate who seems to have no ambition in life until he crosses paths with the very married Mrs. Robinson (Anne Bancroft). The biggest box office surprise of the decade, The Graduate was an Oscar winner for director Mike Nichols (among its seven nominations), and Simon & Garfunkel’s score started a new trend in movie soundtracks. The Graduate may be celebrating its 50th anniversary, but it remains as insightful, relevant and sharply funny as ever, and comes back to movie screens just in time for a new generation of graduates to learn the secret to success: Plastics.

The summer of 1977 might be best known for a certain intergalactic adventure, but Smokey and the Bandit was the year’s second highest-grossing movie, a gleefully silly romp that grossed the adjusted box-office equivalent of nearly $500 million. The plot is almost non-existent – the Bandit (Burt Reynolds) has 28 hours to drive a truckload of Coors beer from Texas to Georgia while avoiding the relentless “Smokey,” Sherrif Buford T. Justice (Jackie Gleason) – and takes a backseat to the stunt-driven action of director Hal Needham and the still-sizzling on-screen chemistry of Reynolds and Sally Field.

There is the sheer perfection of the performances by such legendary names as Brando, Pacino, Keaton and Duvall; the impeccable direction of Francis Ford Coppola; the haunting musical theme by Nino Rota; and the stunning cinematography by Gordon Willis. Any one of these elements would make The Godfather a classic, but this epic crime drama combines them all into a towering achievement in American filmmaking celebrating its 45th anniversary, an epic saga that redefined cinema.

This hysterical comedy from director Billy Wilder finds Tony Curtis and Jack Lemmon masquerading as women in order to elude irate Chicago mobsters while befriending a beautiful singer, Sugar Kane (Marilyn Monroe). One of the most influential movies ever made, Some Like It Hot is one of the greatest comedies of all time, still generating laughs nearly sixty years later.

Director Amy Heckerling’s adaptation of Cameron Crowe’s book (he also wrote the screenplay) didn’t simply capture a moment in time – it defined a generation by observing the behaviors and habits of teenagers in the early ‘80s with sharpness and an endless wellspring of humor. Pitch-perfect performances and a soundtrack filled with hits of the ‘70s and ‘80s, make Fast Times at Ridgemont High one of the quintessential cinematic experiences of the era – a nostalgic look back for those who lived through it and an eye-opening revelation for younger audiences.

Faye Dunaway is Bonnie Parker and Warren Beatty is Clyde Barrow in Arthur Penn’s violent, sexually charged and deeply influential crime drama, a nostalgic look back at notorious outlaws filmed with the passion and zeal of filmmakers who were beginning to explore the boundaries of their craft. With a legendary screenplay by writers Robert Benton and David Newman, Bonnie and Clyde features supporting performances by an exemplary cast that includes Gene Wilder, Gene Hackman, Michael J. Pollard and Estelle Parsons and became a pop-culture sensation. A movie about legends that became a legend itself, Bonnie and Clyde made international superstars out of its cast and influenced generations of filmmakers and audiences.

Thirty-five years since its release, E.T. The Extra-Terrestrial remains a singular achievement, a movie that enchanted a generation with its sheer moviemaking prowess and its simple, exquisite story of the bond between a little boy and an alien. Directed by Steven Spielberg from a screenplay by Melissa Mathison, it’s one of the rare movies that can be universally defined by a single shot: Elliott and E.T. flying on a bicycle against a full moon. Set to a lush, unforgettable score by John Williams, E.T. The Extra-Terrestrial mesmerizes everyone who sees it – including the United Nations, who, in September 1982, awarded Spielberg the U.N. Peace Medal for his creation of one of Hollywood’s most enduring movies.

Fencing, fighting, torture, revenge, giants, monsters, chases, escapes, true love, miracles – doesn’t sound too bad! Director Rob Reiner’s charming fantasy-adventure, from a screenplay by William Goldman (and based on his novel) is a fairy tale like no other, a movie that is as beguiling to adults as it is to children, infused with magic and beauty. Robin Wright stars as Princess Buttercup, with Cary Elwes as her dashing Westley, and Mandy Patinkin is the revenge-seeking Inigo Montoya – just the beginning in an adventure that’s as fresh, fun and tongue-in-cheek as ever. The perfect cast also includes Christopher Guest, Wallace Shawn, Andre the Giant, Peter Falk, Billy Crystal, Carol Kane and, as the young boy who gets the best bedtime story ever, Fred Savage.

As time goes by, some movies age – but Casablanca remains timeless. Perhaps no other movie has become as beloved and as synonymous with Hollywood glamour as Casablanca. Humphrey Bogart is Rick Blaine, owner of Rick’s, the nightclub that everyone in Casablanca attends – including resistance leader Victor Laszlo (Paul Henreid) and his wife, Ilsa (Ingrid Bergman), whose sudden appearance leads to some of the best dialogue ever written for the movies. The screenplay by Julius J. Epstein, Philip G. Epstein and Howard Koch took an unproduced stage play and turned it into a movie unlike any other, which received the Academy Award® for Best Picture and became one of the most classic films of all time.

Fifty years ago, Guess Who’s Coming to Dinner scandalized audiences with its bold depiction of interracial romance – a poignant subject at this time in history, and its depiction of prejudice overcome by love remain powerful and moving. Sidney Poitier delivers a commanding performance as John Prentice, who accompanies his fiancée, Joey, (Katharine Houghton) to her parents’ home – without telling them that he is black. As her parents, Katharine Hepburn and Spencer Tracy star in their final film together. Produced and directed by Stanley Kramer and written by William Rose, Guess Who’s Coming to Dinner was a box-office sensation across the country, including in the South, where the studio worried that audiences would shy away from its subject. It is, in the words of The New York Times, “a deft comedy and – most of all – a paean to the power of love.”