Another brand-new teaser trailer for “Toy Story 4” has dropped, and once again, we’re introduced to new characters. This time, though, their voices are a bit more familiar. 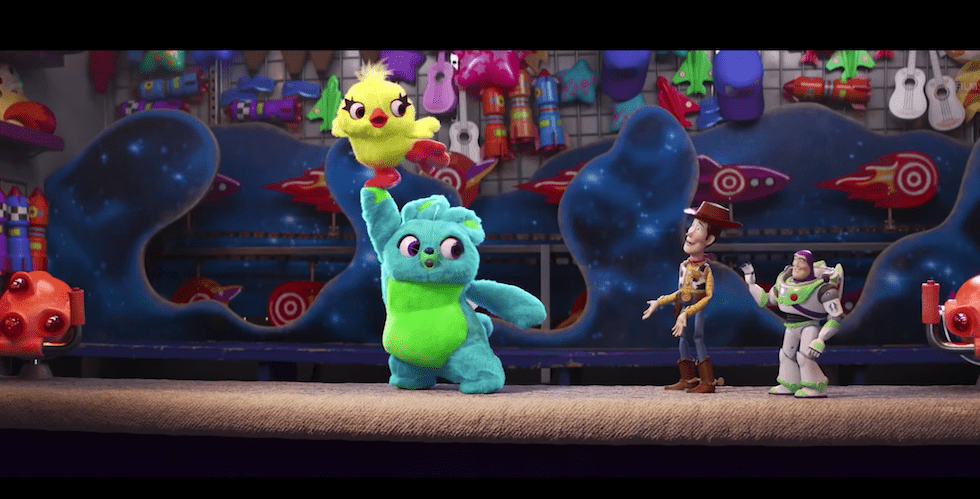 A second teaser for “Toy Story 4” has dropped in as many days – and we’re loving it!

Fans of the Comedy Central show “Key and Peele” will immediately recognize the voices of Ducky and Bunny, played by comedians Keegan-Michael Key and Jordan Peele.

Ducky and Bunny are toy prizes that reside at the “Star Adventurer” game in a carnival – something we haven’t seen before in a Toy Story film. The two discuss the previous teaser trailer released for “Toy Story 4,” making very meta observations about Buzz Lightyear and Woody – considering both Ducky and Bunny are toys.

Both toys continue to say Buzz’s tagline wrong before Woody and Buzz show up and correct them, which immediately garners laughter and mocking from the two stuffed animals.

You can check out the new trailer below: