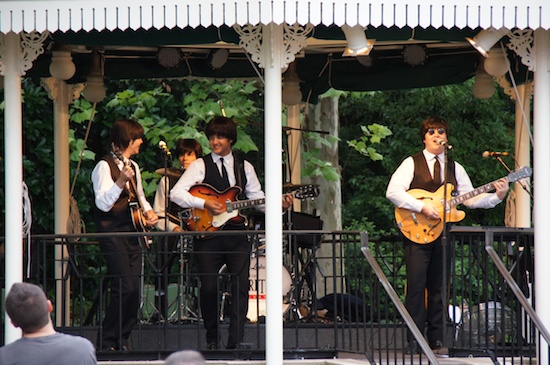 The long-time Beatles-inspired band, The British Invasion, is ending their run in the U.K. pavilion at Epcot after more than 15 years. A replacement band will be named.

Their departure was first reported on the Illuminating Epcot fan website. Disney has confirmed their last performance at Epcot will be April 30, 2011.

This message was posted on the band’s Facebook page:

To Our Fans.
First thanks to all the fans of the British Invasion for all their support over the years!!
It has been an honor to perform for you and Disney all these years!
We have given our notice to Disney Talent and Casting that we wouldn’t be playing after April 30th some time ago. We will be back to play at Disney from time to time and you will find those future dates posted on the British Invasion Facebook page!! Stay tuned for a british invasion fan appreciation party in May and details of our first concert appearance in downtown Orlando on May 14th.
Sincerely,
The British Invasion 2011

Disney said they have a replacement band but it hasn’t been finalized so they can’t name them just yet. There’s no word on the type of music the new band will play.

Here’s a montage of songs recorded earlier this week at Epcot.

The British Invasion performing at Epcot at Walt Disney World 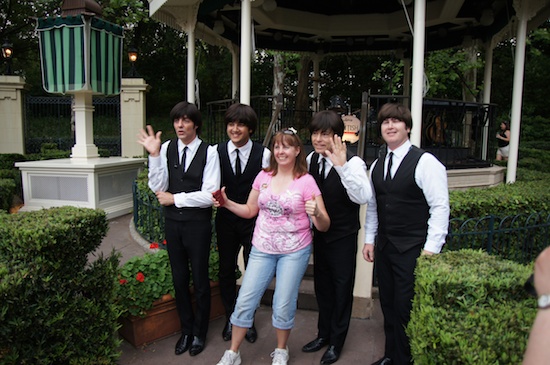 This news is the worst by far. Disney has made a big mistake letting the British Invasion leave. Their shows have been fantastic. Epcot will never be the same.

awww, said to see you guys go. I’m curious what the new band will be, Muse?

Judy, if you really care about others, you should respect the choices that they make.

In this case, the British Invasion made the choice to end their gig at Epcot. Disney has nothing to do with it–they made the decision on their own terms.

Soooo, sad to see them leave. I saw their very first show at EPCOT and have followed them ever since. My husband and I are BIG fans and will truly miss them. I agree that EPCOT will never be the same, we have so many wonderful memories of these guys including New Year’s Eve’s.

The replacement band was British Revolution. All I can say is that after two years they sound just as bad as their first day at EPCOT. The red headed guy that stands to the right side of the audience hasn’t touched a note on his guitar yet and could not sing to save his live. I hope EPCOT brings in a quality band for this important position. This coming from a customer that is day one with EPCOT concerts.

Out of the Loop: Hatbox Ghost returning...