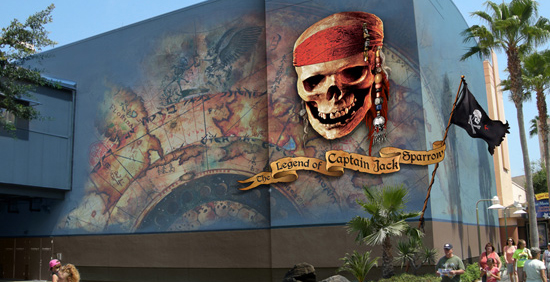 Disney recently announced that “Pirates of the Caribbean: The Legend of Captain Jack Sparrow” will officially open on Dec. 6, 2012 at Disney’s Hollywood Studios. It will share the opening date with the updated Test Track and New Fantantasyland.

The Disney Parks Blog and Walt Disney Imagineering shared these first renderings of what you can expect at this new walk-through attraction that replaces the former Narnia attraction. In The Legend of Captain Jack Sparrow, guests will journey into the worlds of Pirates of the Caribbean to be put to the test to see if they have what it takes to set sail with the legendary Capt. Jack Sparrow. This interactive experience will bring guests favorite moments from the films to life before their eyes. 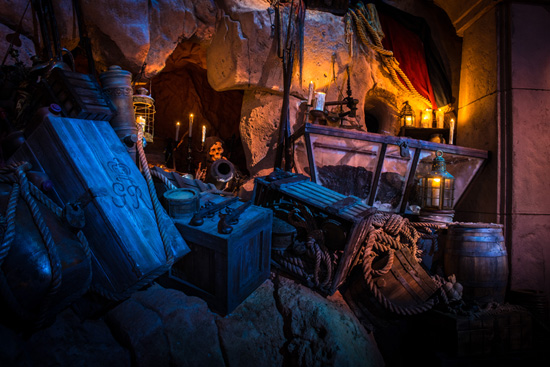 UPDATE: Here is a look at the current progress on the mural that will adorn the attractions building: 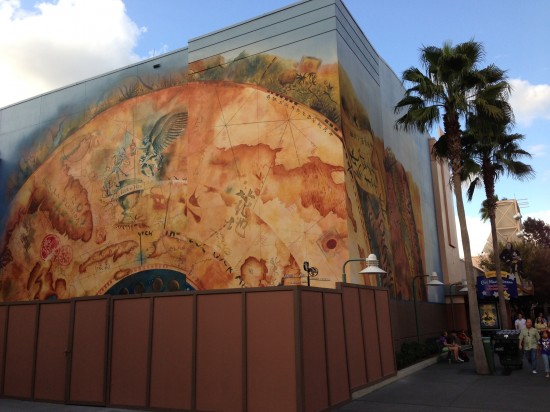 Though The Legend of Captain Jack Sparrow officially opens on Dec. 6, previews for this attraction will begin in late November. Stay tuned for more information on preview dates and details of this new attraction.

UPDATE: The attraction has opened for previews. Here’s a video of the experience:

Yo ho! Much needed improvement to this area. Now if only the space next to Backlot tour could get some love 🙂

Sorry to report, this revamp is just another craptacular ‘stand in one place and watch stuff’ room. Basically it’s a themed room that holds about 50. Some rock walls, a treasure chest, and half a pirate ship. Through Disneys new favorite fx, projecting digital video on shaped things and flat walls, there’s some effects, some ‘interaction’ will the video skull host, and a drunken video Sparrow.

Do not waste your time on this, unless you enjoy standing in one place for 10 minutes, occasionally stomping your feet to scare off video mermaids and such.

Characters in Flight balloon in the air...

‘One Day at Disney’ signings to be...