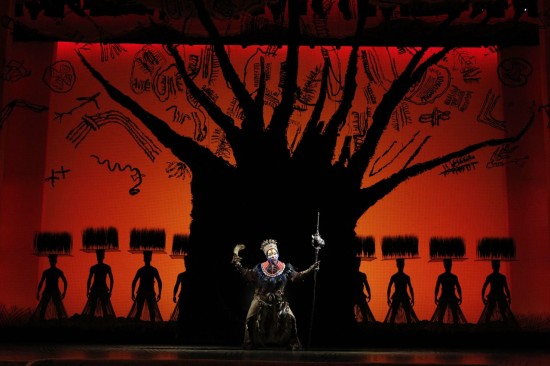 The Orlando return of Disney’s The Lion King is now playing at the Bob Carr Performing Arts Centre in downtown Orlando for a limited engagement of four weeks through May 13.

The Lion King began as a 1994 animated feature-length film developed and produced by the Walt Disney Company. The story, a coming of age parable set among animals indigenous to its setting, the African savanna, tells the tale of Simba, the lion cub who rises to be the King of the jungle. The Lion King is the sixth longest-running musical in Broadway history and has been translated into seven different languages and the show has been performed in 15 different countries on five continents.

The Lion King will play on Tuesday through Saturday evenings at 8 p.m., Sunday evenings at 6:30 p.m., Saturday matinees at 2 p.m. and Sunday matinees at 1 p.m. There will be a 2 p.m. matinee performance on Thursday, May 10. There will not be a 6:30 p.m. performance on Sunday, May 13. The show’s six-week premiere engagement in 2006 played a sold-out run at the Bob Carr Performing Arts Centre.

During this Orlando engagement The Lion King North American tour will celebrate its 10th anniversary. Tickets are available at the Fairwinds Broadway Across America, Orlando box office located at 100 South Eola Drive, Suite 101 in downtown Orlando. Tickets can also be purchased by calling 1-800-982-2787 or by visiting www.OrlandoBroadway.com. Ticket prices start at $30.

The sardonic and deviously cunning Scar is played by J. Anthony Crane. Dionne Randolph is Mufasa, the great warrior and ruler of the Pridelands. Buyi Zama is the wise baboon shaman Rafiki. Mark David Kaplan portrays the prim and proper hornbilled bird Zazu. Adam Kozlowski is the carefree warthog Pumbaa and Nick Cordileone is the wisecracking meerkat Timon. Mufasa’s son, Simba, the lion prince born to be king, is played by Jelani Remy and Syndee Winters is the loyal lioness Nala.

It was amazing ! Saw it on Thursday.