The Orange Bird makes his return at Disney’s Magic Kingdom 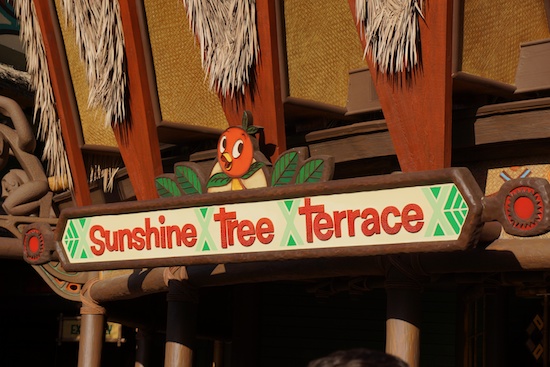 At a Disney D23 fan club event this morning, Disney brought back a long-gone character known as Orange Bird. Here are photos and video from the event.

Orange Bird was created for the Florida Citrus Growers, original sponsors of the Sunshine Tree Terrace and the Enchanted Tiki Room attraction at the Magic Kingdom. Once that sponsorship ended, the Orange Bird “flew away”. But fans haven’t forgotten him.

At this morning’s D23 presentation, Disney imagineers and artists showed off the new sign featuring Orange Bird, new merchandise and the original Orange Bird figure, which has returned after a touch-up.

You can get the whole story in the video of the presentation. Stay tuned to the end to hear the newly rerecorded Orange Bird song:

Disney also used to have a walk-around Orange Bird character that met guests in Adventureland, but there are no plans for his to return. 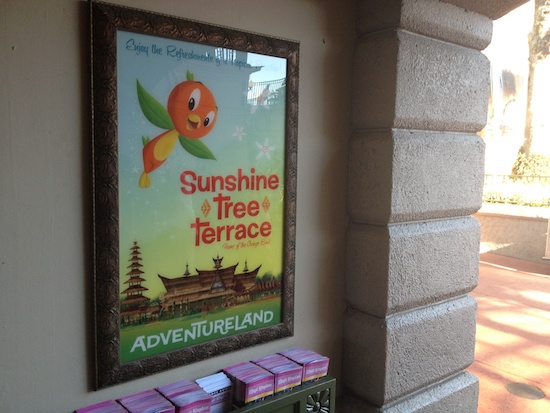 Guests at the park will first encounter Orange Bird in the train station tunnel as they enter. 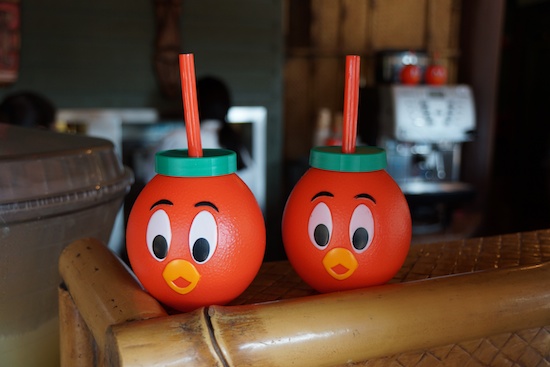 These sippy cups are now available at the Sunshine Tree Terrace. You can get them filled with orange juice if you’d like. Also returning is a delicious dessert which combines orange and vanilla flavored soft-serve ice cream – the Citrus Swirl. 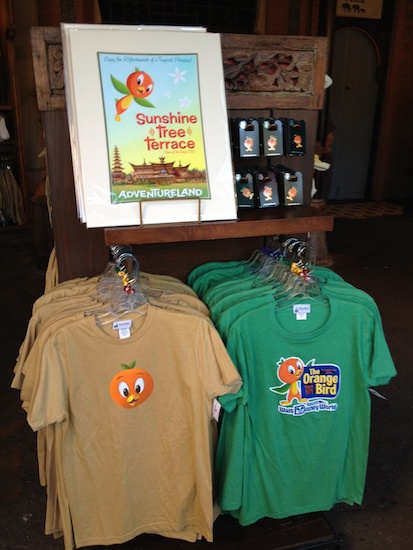 More new Orange Bird merchandise. The shirts are only available for a limited time. 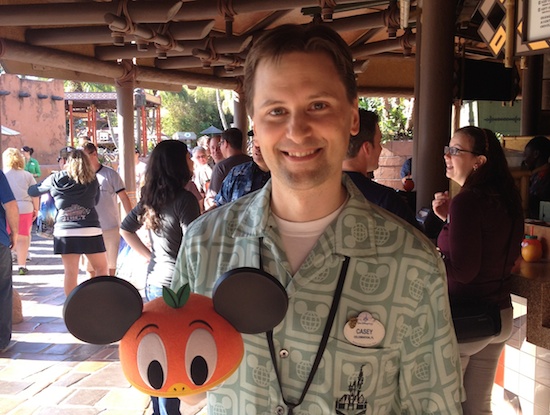 Disney artist Casey Jones shows off an Orange Bird ear hat. It will be available starting the first week of June.

Video: Test Track All Stars perform for guests while attraction is under refurbishment

That’s not a citrus swirl. Its soft serve vannilla ice cream swirled with orange slush. Its deluxe….we deserve this. As orange bird would say…