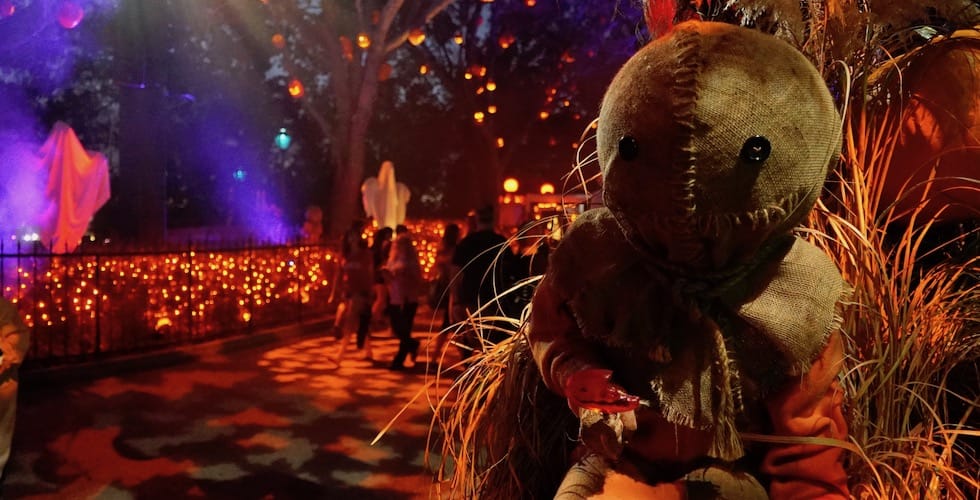 Since writing about “Stranger Things” and Stephen King’s “It” being rumored as haunted houses for Halloween Horror Nights 2018 in Orlando and Hollywood, I’ve received additional Horror Nights rumors from several sources.

“Trick ‘r Treat”, the anthology horror movie directed and written by Michael Dougherty, was at Halloween Horror Nights 27 as a scare zone. It was by far one of the strongest aspects of the event that year and word is that overall guest feedback for the zone was positive. So it’s rumored to be returning this year as a haunted house/maze in Orlando and Hollywood. Another source disclosed John Carpenter’s “The Thing” is another possible “horror classics” haunted maze for both coasts. The new Halloween 2018 film from Blumhouse and Universal Pictures is rumored to be a haunted house for Orlando and Hollywood.

A user by the name of “AlexanderMBush” on the Inside Universal forums disclosed the rumor that “American Horror Story” will return to both coasts, albeit with the “Cult” season being in Orlando as a haunted maze and the “Asylum” season being in Hollywood as a haunted maze. This user also disclosed that a “Universal Classic Monsters” maze is rumored to only be at Hollywood’s Horror Nights for 2018 along with an American Horror Story Cult scare zone. According to user “SeventyOne,” Wes Craven’s “A Nightmare on Elm Street” is rumored to be a “horror classics” maze only in Orlando.

Orlando will have original concept haunted mazes, as it’s had in the past, but the count is rumored to be two to three, with the majority of houses being based on licensed works. Previously, I heard Orlando had an interest in bringing back the VR premium haunted house from 2016, but another source has disclosed that this is not the case.

As the disclaimer affixed to each installment states, this is rumored and not confirmed. The house roster usually isn’t concrete until April to May when construction ramps up, but even then, things can change.

In 2015, “The Purge” haunted maze in Orlando was rumored to be a haunted house based on Wes Craven’s “Scream”. The licensing fell through due to issues with the copyright holders, MTV and Fun World (they own the original Ghostface mask design). In 2017, The Hive was rumored to be a maze based on “The Conjuring”, although it was more difficult to discern as much from an initial walkthrough.

It’s safe to assume more rumors will emerge regarding Halloween Horror Nights as the event draws closer. Until then, I’ll be keeping an eye out.

• Fowl Owlerson has been attending theme parks since he was a little owlet. When he’s not filtering through the latest murmurings around the industry, he can be found writing, reading and snacking on the occasional rodent. Follow him on Twitter @fowlowlerson for the latest rumors, and drop an anonymous letter to him at [email protected] or via direct message on Twitter.

Thanks so much! It was definitely not an enjoyable run but it had to get done.

The Hive maze was 100% supposed to be conjuring.