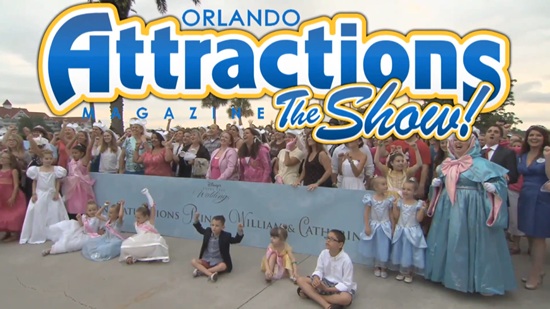 May 5, 2011 – Join hosts Mark Daniel and Jessica Steele Allen as they bring you the latest Orlando theme park and attraction news and more on this week’s episode.

Contest Details
Go to facebook.com/attractionsmagazine. Post a photo of you watching one of our Shows on your computer or other device, OR post a photo of just your computer/device screen with The Show playing.
One winner will be randomly chosen from all the entries’ and announced on our May 19th Show.
Deadline for entering: Sunday, May 15, 2011, 6:00 pm eastern standard time
Prize: A Tandem Deluxe Parasail Flight at Sammy Duvall’s Watersports Centre at the Contemporary Resort, Walt Disney World (Valid through 12/31/2011)

Retro Orlando: Captain Eo proves the return of retro can be as good as you remember

I’m Kieran jordan from the u.k and ur show is amazing I’ve been to Orlando 15 times and going again at Christmas and I still watch this show and lastly could you get me a shout out in the next show!!! Please….

awesome episode and cool contest. I entered for it. : )