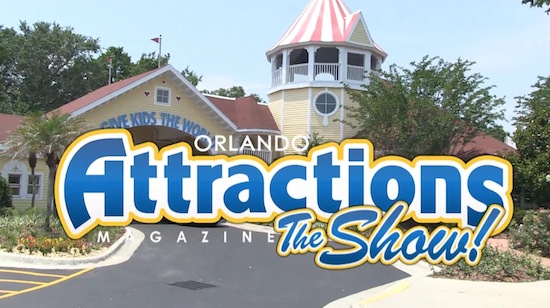 May 19, 2011 – Join our hosts as they bring you the latest Orlando theme park and attraction news and more on this week’s episode.

Photos and Video: A detailed look at the new Star Tours 3D attraction

I just finished watching episode #25 and I admite for a while I was in tears. We had the pleasure of staying at Give Kids the World in Sept. 2009 and had a wonderful time. And it is true what they say, we came away with so many fond memories of the volunteers there and thank them so much for their love and dedication while we were there. We will be in Florida in just over a week but will not be able to go back to visit GKTW at this time (not in budget to rent car) so thank you for your report. It brought back many great memories and some how I am looking foward to my trip even more now.
Corrine

All Fab 50 Disney Golden Statues and...

Captain Marvel takes to the skies with...

Disney Parks has announced the Princess and...