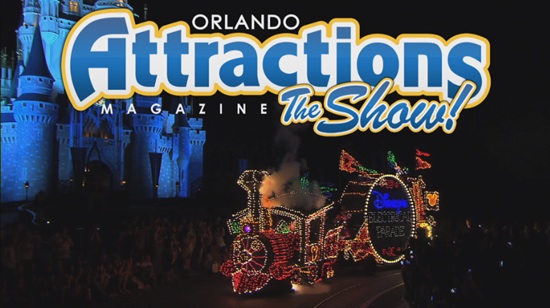 June 16, 2011 – Join hosts JD Trussell and Audrey Brown as they bring you the latest Orlando theme park and attraction news and more on this week’s episode.

In this week’s episode on location at Arabian Nights Dinner Attraction
• Interviews and more from Discovery Cove’s Grand Reef opening
• A look at Star Trek: The Exhibition at Kennedy Space Center’s Sci-Fi Summer
• Summer Nights begin at SeaWorld
• Interviews and show highlights from Arabian Nights
• Disney’s Main Street Electrical Parade
• News You Can Use
• Oliver and James Phelps, AKA The Weasley Twins, visit the Wizarding World of Harry Potter
• Plus more!

This week’s episode is brought to you by
Nickelodeon Suites Resort. Check out the Summer of Slime.