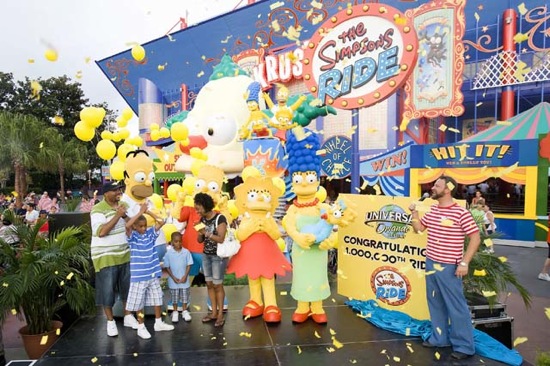 The Simpsons Ride at Universal Studios recently became the fastest attraction in Universal Orlando history to hit one million riders, the company announced today. The millionth rider, Dion Fenderson, was on vacation from the Detroit suburb of Eastpointe with his wife LaTika and two sons, Dion (11) and Dylan (6).

Look for your copy of Attractions Magazine at MagicMeets

Only reason it was the fastest ride to hit one million is because it is so high capcity.