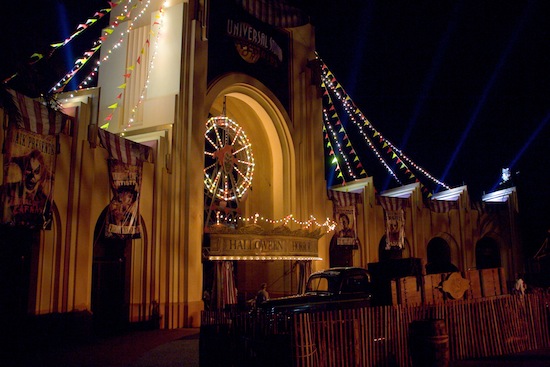 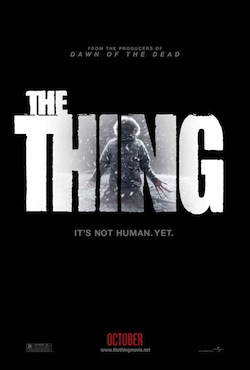 An abandoned scientific research facility in the midst of a vast and frozen Antarctica will set the stage for this all-new haunted house at Halloween Horror Nights 21. In the movie “The Thing,” paranoia spreads like an epidemic among a group of researchers as they’re infected, one by one, by a mystery from another planet.

The new haunted house will offer guests a first-hand preview of the much-movie in advance of its Oct. 14 release. Guests will find themselves in a series of face-to-face encounters with “The Thing,” an alien creature that can transform itself into an exact replica of any living being. “The Thing” haunted house will recreate the fear that comes from being trapped inside the film’s Antarctic Thule station. The shape-shifting alien could be anywhere or anything.

“The Thing” haunted house will feature elaborately designed and seemingly real alien creatures and sets. Designers hope to match the film’s terrifying intensity and provoke both a memorable and disturbing experience. Universal Orlando has partnered with the film’s producers, Strike Entertainment’s Marc Abraham and Eric Newman (Dawn of the Dead) to create an experience that is authentic to the film. The sets, audio, musical score, creature and character references are all based on the film. Universal Studios Hollywood’s Halloween Horror Nights event will also offer a haunted house based on the thriller.

“Having recreated well known horror films in the past, the same level of attention to detail has gone into creating a house experience that will completely immerse guests into the storyline and environment of ‘The Thing,’ said Jim Timon, senior vice president of Entertainment at Universal Orlando.

Eric Newman added, “We want people to live the film and experience the same terror that affects the film’s characters. Our collaboration with Universal’s creative teams brought the vision of the film to life. We’re excited for Halloween Horror Nights guests to experience The Thing in this frighteningly real way.”