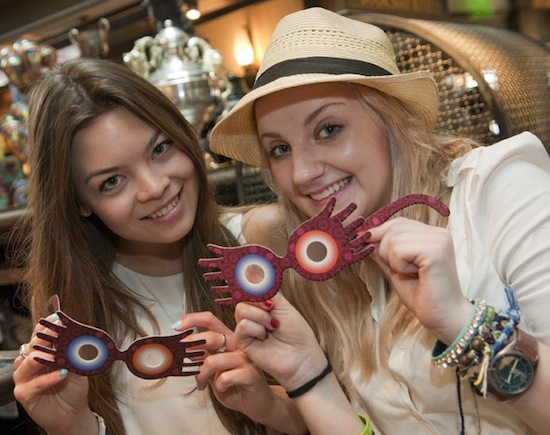 Irish actresses Scarlett Byrne and Evanna Lynch, known for their roles as Pansy Parkinson and Luna Lovegood in the Harry Potter film series, stopped to try on a pair of Spectrespecs at Dervish & Banges, a magical supplies and equipment shop in The Wizarding World of Harry Potter at Universal’s Islands of Adventure.

Scarlett and Evanna spent some time at the theme parks while attending Leakycon, a Harry Potter fan conference at Universal’s Royal Pacific Resort. Both played roles in the final installment of the Harry Potter film series, Harry Potter and the Deathly Hallows Part 2.

Below are exclusive interviews with each actress during Leakycon.

Look for more from Leakycon on this Thursday’s Episode 34 of “Orlando Attractions Magazine – The Show.” 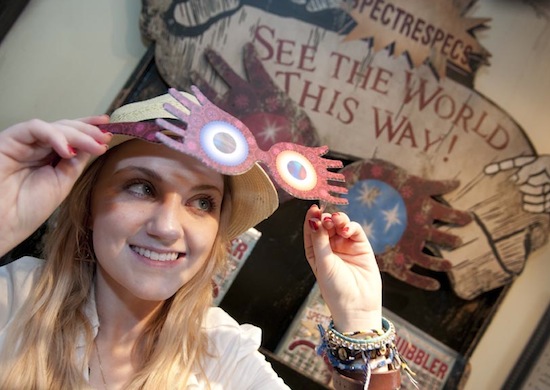