The Void’s ‘Star Wars: Secrets of the Empire’ now open at The Venetian in Las Vegas 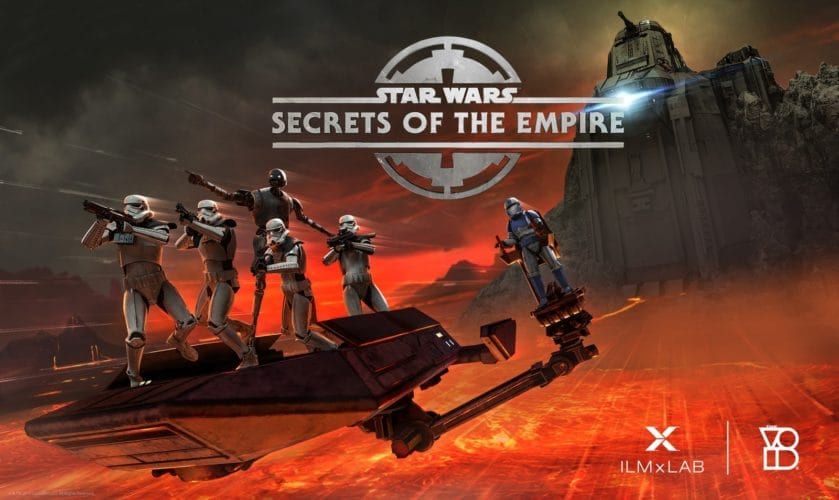 The same critically acclaimed virtual reality adventure that Star Wars fans have been enjoying at Disneyland and Walt Disney World is now available in Las Vegas, where The Void has opened their new facility at The Venetian Resort’s Grand Canal Shoppes.

Star Wars: Secrets of the Empire officially opened to the public on April 27, 2018 at St. Mark’s Square in the Grand Canal Shoppes at The Venetian and The Palazzo Las Vegas. The Void teamed up with ILMxLAB to create Star Wars: Secrets of the Empire, a first-of-its-kind location based multi-sensory interactive adventure in a galaxy far, far away. Using state-of-the-art VR technology, The Void transports guests deep into the Star Wars universe where they can walk freely untethered, see, touch and interact with the environment. Under the orders of the rebellion, teams of four guests must work together to infiltrate an Imperial base disguised as stormtroopers where they’ll navigate through to steal critical intelligence with help from familiar Star Wars characters along the way. Participants will feel the turbulence of the skiff below their feet, withstand the impact of blaster bolts, and smell the smoke as they approach the fiery planet Mustafar.

Star Wars: Secrets of the Empire – The VOID and ILMxLAB – Hyper-Reality Experience

Cliff Plumer, chief executive officer at The Void said, “Las Vegas is the experience capital of the world, and we are excited to bring a brand new, fully immersive location based experience to the local market and out of town visitors. The power of The VOID will allow guests to step into Star Wars: Secrets of the Empire and not only see this spectacular world, but also hear, feel, touch and even smell as they realize they are a part of this incredible story.”

Melinda Holland, senior vice president of business development of GGP Inc. said, “We are excited to host our second location of Star Wars: Secrets of the Empire in collaboration with The Void and ILMxLAB at the Grand Canal Shoppes at The Venetian and The Palazzo Las Vegas. Following the success we’ve seen from our Glendale Galleria location, we are delighted to provide this incredible VR experience which allows our shoppers to step into the Star Wars universe. We expect this to be a must-see stop for visitors and locals alike.”

Vicki Dobbs Beck, Executive in Charge at ILMxLAB said, “Storytelling has always been the centerpiece of the Lucasfilm companies. While creativity leads, technology enables and our collaboration with The VOID is no exception. With Star Wars: Secrets of the Empire we are telling a new kind of story in a galaxy far, far away and we’re excited that people in Las Vegas can now share in this immersive adventure.”