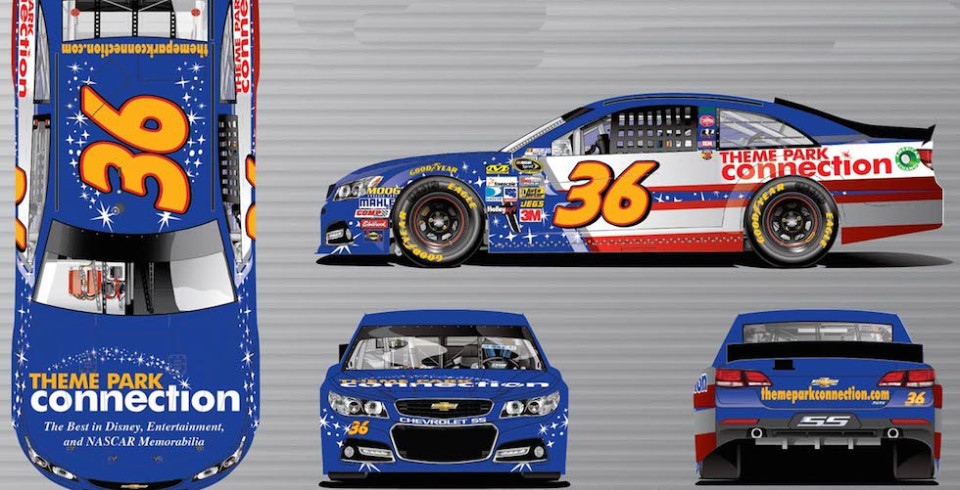 Theme Park Connection is adding to the items they sell once again. Their Orlando showroom and eBay store started by offering to buy, sell and trade Disney and theme park items, then they added movie and television memorabilia. Now they’ve added NASCAR items to their stores and are sponsoring the No. 36 Chevrolet of Driver Reed Sorenson to kick it off.

Theme Park Connection has been the go-to place for actual props used in Disney theme parks and rare and unique movie memorabilia. Now NASCAR fans can benefit from their experience in providing that one of a kind collectible, and own a piece of history.

“It’s great to have Theme Park Connection join Tommy Baldwin Racing and the No. 36 team,” said driver Sorenson. “Whenever you have a sponsor that really wants to get involved with something the team is doing like our ‘Salute the Troops’ campaign, it’s great. Theme Park Connection has some awesome memorabillia and I encourage everyone to check out their website to see what new items they have.”

“We’re proud to partner with Tommy Baldwin Racing and ‘Salute the Troops’ through their campaign with the Armed Forces Foundation,” said Brian Ramsey, general manger of Theme Park Connection. He said the store also has some great plans to aide in the campaign.