Theme park designers, writers and artists will be a part of second Entertainment Designer Forum 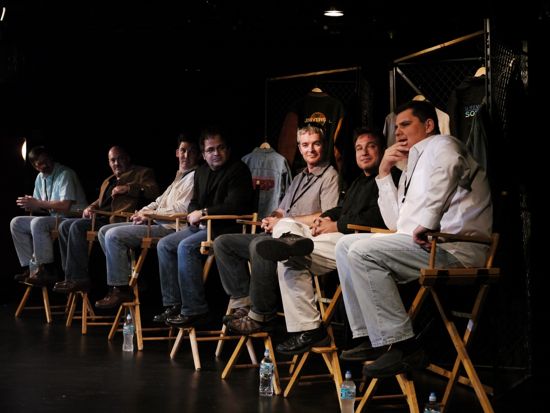 Many of Orlando’s top theme park designers, writers and artists will gather to talk to fans and auction off theme park memorabilia for a good cause during this year’s Entertainment Designer Forum on April 22, 2011.

Two evening sessions will be held at the Mad Cow Theatre in downtown Orlando. The panel will discuss their styles and philosophy in designing theme parks. The panel members will take questions after each presentation. In addition to the talks, a silent auction will offer some one-of-a-kind theme park memorabilia, including Halloween Horror Nights collectables.

Last year’s event helped raise $5,000 for the American Cancer Society Relay for Life in honor of Stephanie Girard. This year’s event will be for the same charity. Girard worked as an art director and set designer for many films. She was also a designer for Halloween Horror Nights, Grinchmas and Universal Dubai. She lost her battle with colon cancer late last year at age 49.

The moderator for both panels will be Mike Aiello, show director for Universal Orlando and writer/director for Halloween Horror Nights and shows.
Here are the panel members:

Tickets are $25 each and all proceeds from ticket sales and the auction items go to the American Cancer Society Relay for Life. To purchase tickets, visit madcowtheatre.com or call 407-297-8788.

This is fantastic! Thank you everyone involved once again with EDF and MadCow for your support of the American Cancer Society! Steph is definitely missed.