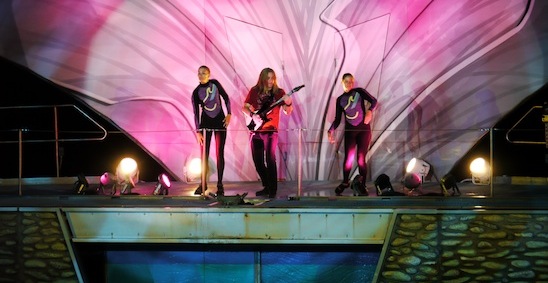 It’s your last chance to see all of the special summer shows, rides and events at SeaWorld, Busch Gardens, Disney’s Hollywood Studios and the Magic Kingdom as they are all ending this weekend. Some or all of the summer shows may return next year, but there’s no guarantees. So see them now if you have a chance. Here’s a look at what’s ending.

SeaWorld’s AfterDark summer shows include Shamu Rocks (pictured above), the funny Sea Lions Tonite show, and the fountain and fireworks finale, Reflections. All are ending this Sunday, Aug. 15.

Disney’s Summer Nightastic ends this Saturday, Aug. 14. But one Summer Nightastic addition will be sticking around longer. The Main Street Electrical Parade at the Magic Kingdom was so popular with guests, Disney has extended its run indefinitely.

But all of the other Summer Nightastic additions will be ending. Here’s a video look at each of them in case you can’t make it by Saturday.

Shaun the Sheep attraction to open at...