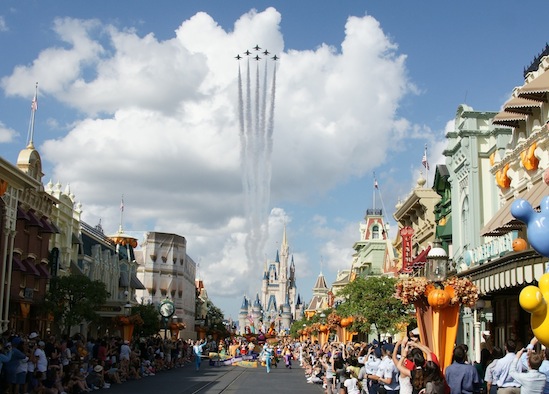 Walt Disney World helped honor some Hometown Heroes and kicked off Air Force Week with a series of events at the Magic Kingdom today. The highlight was the United States Air Force Air Demonstration Squadron, The Thunderbirds, flying over the Magic Kingdom and seemingly down Main Street U.S.A during the Celebrate a Dream Come True Parade.

Here’s a look at the flyover. Teen reporter Thomas, who is a member of the ROTC Air Force, interviews Thunderbird pilot Number 7, Lt. Col. Derek Routt, and Lee Rosen, USAF Commander of the 45th Launch Group at Cape Canaveral. The video ends with a look at the Flag Retreat ceremony. 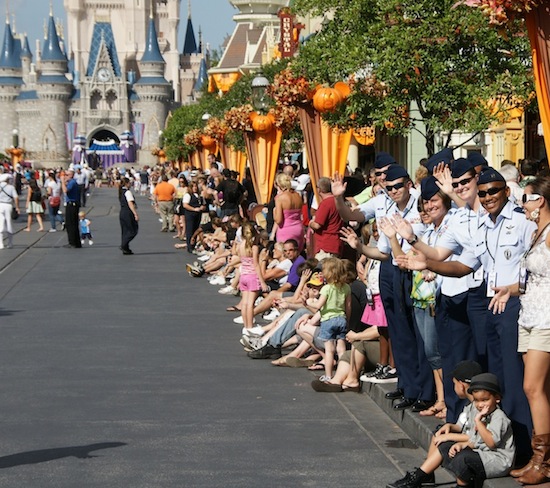 In addition to the flyover, servicemen and women from the Air Force and their families enjoyed the park throughout the day. Some of them participated in the Move it! Shake it! Celebrate it! street party and the evening Flag Retreat ceremony. 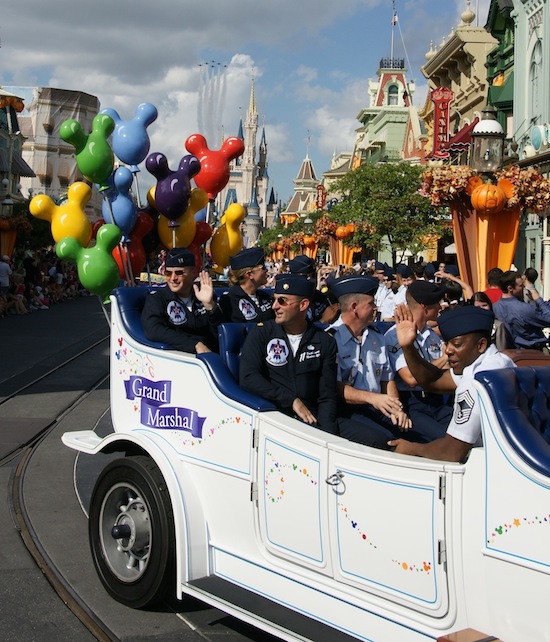 Just as the parade’s grand marshal car entered Town Square, the Thunderbirds made an appearance in the sky. 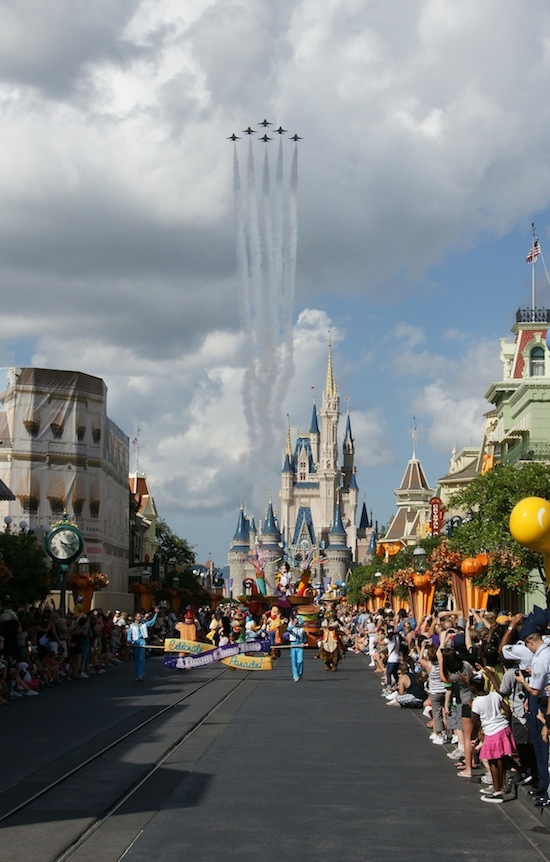 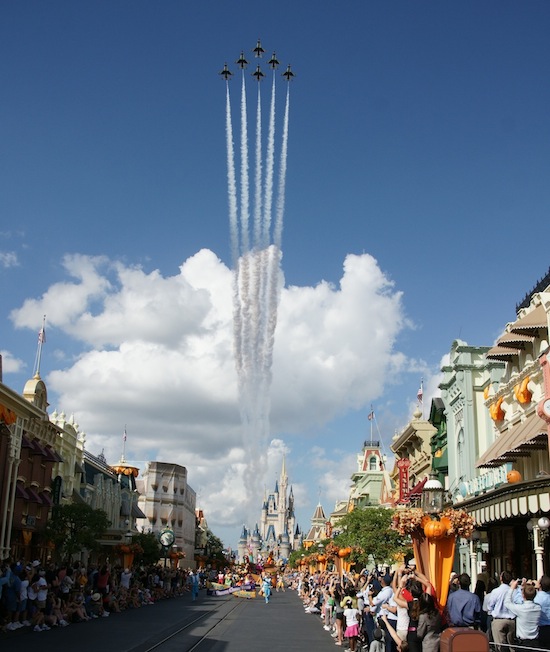 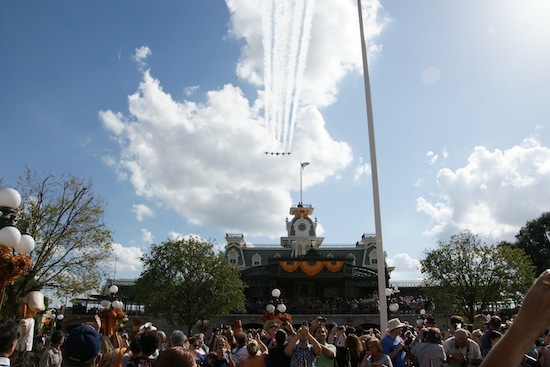 The Thunderbirds fly over the Main Street Train Station and away from the Magic Kingdom. 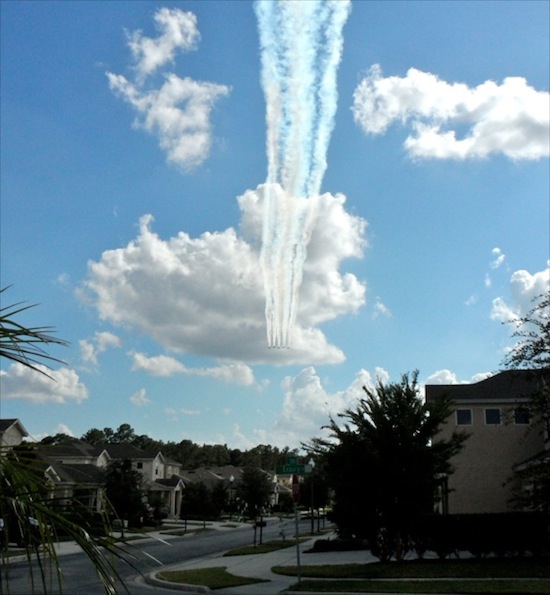 This photo shows the Thunderbirds headed toward the Magic Kingdom after passing over a housing development behind the park.