Tickets on sale for GeekyCon this July in Orlando 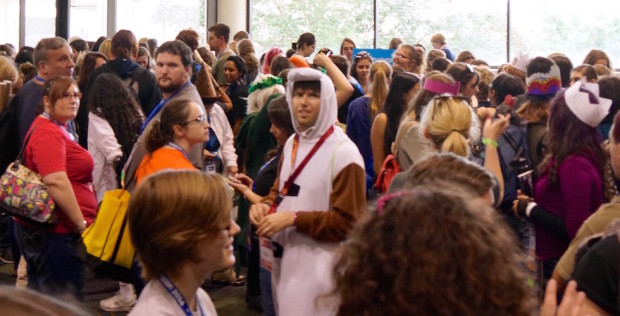 Thousands of self-proclaimed “geeks” will descend upon Orlando this summer to celebrate their individuality and obsession with everything nerdy at GeekyCon.

GeekyCon will give attendees an opportunity to meet celebrities from their favorite movies and television shows and authors of bestselling books, as well as offering four days of programming, including special events, panel discussions, Q&A sessions, workshops, live performances, music concerts and a marketplace. Unlike other fandom events, attendees do not have to pay for autographs or photos from celebrities participating in the event.

“GeekyCon is a celebration of fandom, and we go out of our way to make it as much about the experience of coming together with others who have similar interests as we do about compelling programming, exciting events and popular celebrities,” said Melissa Anelli, co-executive director of Mischief Management, which operates the event. “This is about being in a positive environment where attendees can enjoy themselves and each other and be inspired in the process.”

GeekyCon was started in 2009 as LeakyCon, a conference for Harry Potter fans and has since grown to include fans of some of the most popular films and television shows. The event also offers fans a literary track that draws some of the biggest authors in the young adult genre, as well as programming with personalities from YouTube and top Web shows. Past events have been held in Boston, Orlando, Chicago, Portland and London.

GeekyCon will be held at the Orange County Convention Center July 30 through Aug. 2. Tickets are on sale now at GeekyCon.com.

WWE to bring the thunder to Orlando’s...

The Promenade at Sunset Walk hosts the...