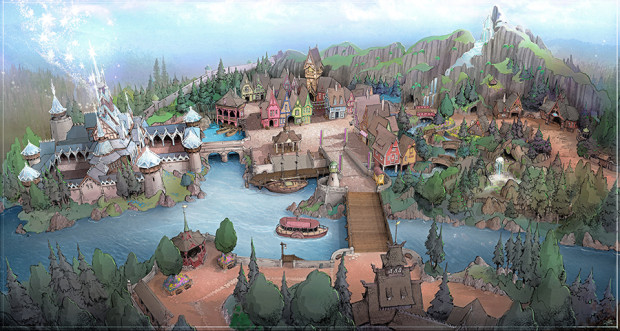 Several themes for the development of lands at Tokyo Disney Resort have been finalized.

For Tokyo Disneyland, two of the areas within the Fantasyland redevelopment plan will be themed to the Disney films “Beauty and the Beast” and “Alice in Wonderland”. The overall theme for the new themed port at Tokyo DisneySea will be Scandinavia with a portion of the area being themed specifically to the world of “Frozen” (pictured above). These new areas will include attractions, restaurants and other facilities.

The theme park development plans, first outlined in Oriental Land Group’s “2016 Medium-Term Business Plan” (for the period of March 2015 through March 2017) announced on April 28, 2014, include a 500-billion-yen level of investment in the theme park business over the next 10 years. The plan for Tokyo Disneyland centers on the redevelopment of Fantasyland, which will nearly double the size of the themed land. For Tokyo DisneySea, the new eighth themed port will be developed in the expansion site located south of Lost River Delta. 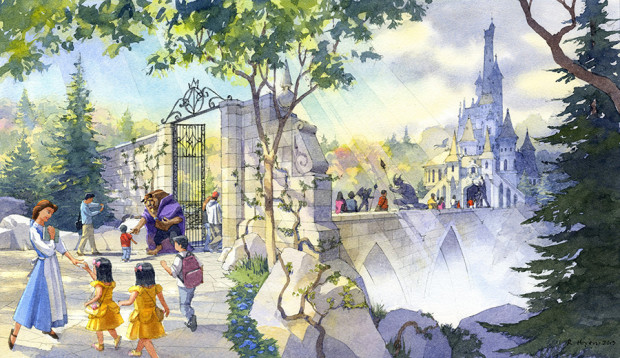 Beauty and the Beast concept art for Tokyo Disneyland. 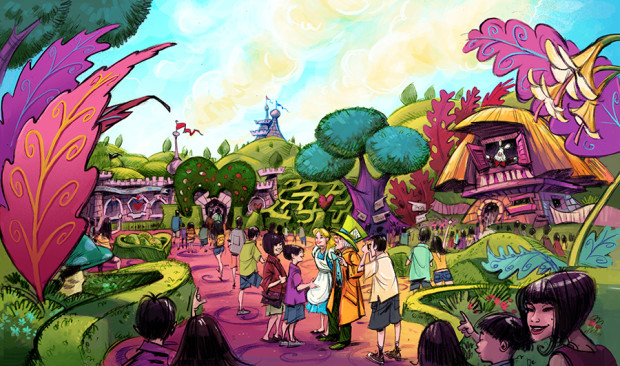 Both areas are expected to be open to guests sometime in 2017.

Tickets on sale for GeekyCon this July in Orlando

Disney’s Easter taking over both parks at...