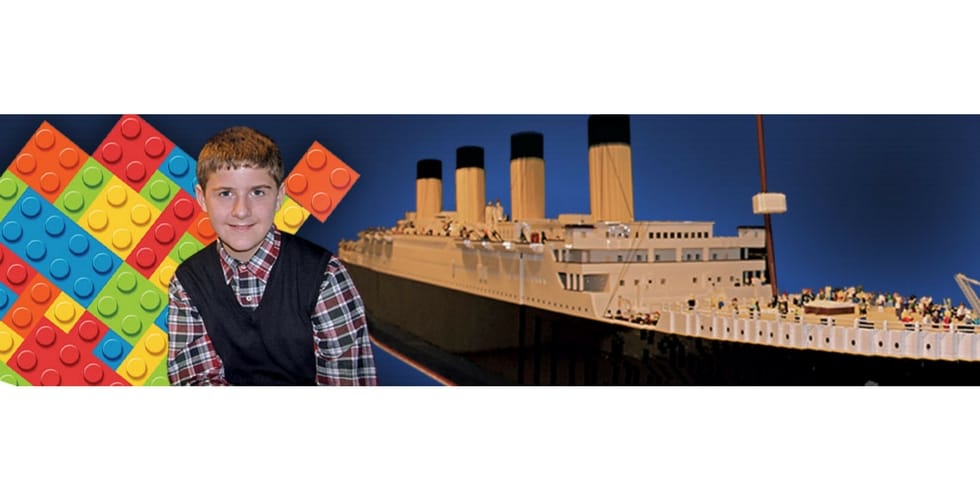 Brynjar Birgisson built the model, now on display at the museum, with a bit of help from his family.

A massive Lego model of the Titanic is now on display at the Titanic Museum in Pigeon Forge, Tenn.

The model is comprised of 65,000 Lego bricks, and stands at five feet tall and 26 feet long. It was built by Brynjar Birgisson, a 15-year-old boy from Reykjavik, Iceland.

He built the model with help from his grandfather, who helped to scale down the original blueprints of the ship to Lego man size, as well as built the model’s platform. Birgisson’s mother, Bjarney Ludviksdottir, helped by hosting crowdfunding online for the project, along with ordering all the bricks and finding a location and the tools needed to build the model.

Birgisson first became interested in Lego building when he was just 5 years old, and by age 10, he felt he knew “everything there was to know about the Titanic.” It was at this age that began to think about building this massive Lego model.

The project took about 11 months to build, at an estimated cost of around $13,000. Birgisson was able to complete the task thanks to crowdfunding and sponsorships, as well as a discount on Lego bricks from The Lego Group in Denmark and donations of old Lego bricks.

After traveling the world on display in places like Sweden, Olso, Norway, Hamburg and Iceland, the Lego Titanic model has now made its home in Pigeon Forge, Tenn. at the Titanic Museum, which Birgisson says was his “big dream.”

You can check out the model, now on display at the Titanic Museum. The museum will be welcoming Birgisson, his mother and grandfather as guests from April 16-23, and he will be visiting local schools in the area during that week.

For more information on the Lego Titanic model and the boy who built it, visit TitanicPigeonForge.com.

Legoland Water Park to open for 2018 season on March 10