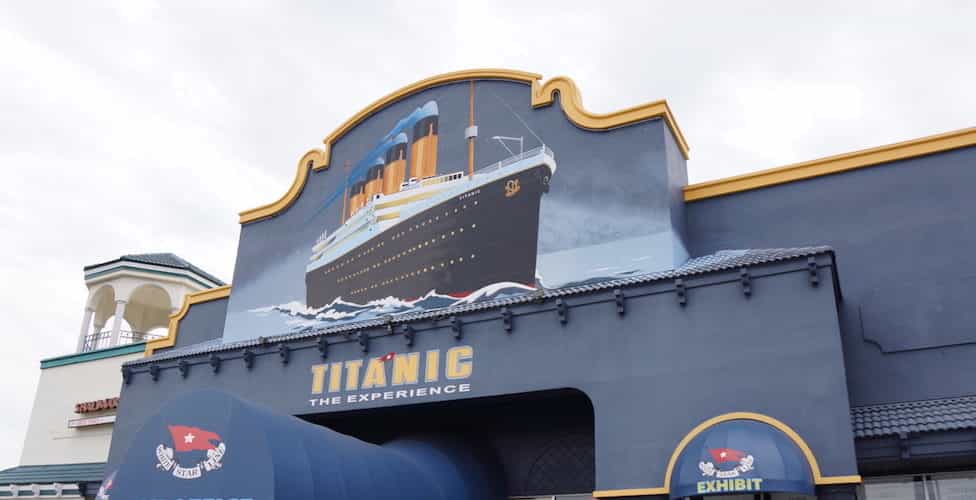 No previously found artifacts have ever been linked to one specific passenger on the Titanic until those belonging to First Officer Murdoch.

Despite the RMS Titanic having sunk 105 years ago, the public’s fascination with the ship and its demise has lingered on through the years with the James Cameron film, “Titanic;” museums and attractions. The Titanic has made its mark on history as one of the most interesting sea-faring tales ever told.

Now, for a limited engagement, guests can view First Officer William McMaster Murdoch’s personal artifacts as part of the artifact collection at Titanic: The Artifact Exhibition in Orlando.

Murdoch was a Scottish sailor, and the first officer of the Titantic. He was in charge of the bridge the night when Titanic sealed its fate and struck an iceberg in the Atlantic Ocean, and was one of more than 1,500 people who died as a result. However, his last actions and ultimate death are still shrouded in mystery.

In the two films that center upon the tragedy of the Titanic, Murdoch was portrayed as shooting passengers and then himself during the sinking of the ship. Currently, there is no evidence to prove that he was not the officer seen committing suicide.

His last orders upon the Titanic have also been debated over history. Upon seeing the iceberg, Murdoch ordered the helm a “hard-to-starboard” to try to avoid the block of ice. Since the stern avoided hitting the iceberg, it’s likely that his order was given and carried out by the sailors. At the Orlando exhibit, you can see the bridge’s telegraph, still in the position of the order that was supposedly given by Murdoch, which was sent to the engine room to be carried out.

The discovery of Murdoch’s possessions is special, because many of the artifacts in the past have not been identified to a specific passenger of the Titanic. Some of the items in the display include:

“Titanic continues to fascinate audiences today as much as it did when it set sail on its maiden voyage in 1912,” said Katherine Seymour, Vice President of Marketing and Communications for Premier Exhibitions, Inc. “We are pleased to have these special items on temporary display that tell the unique personal story of one of the key officers of the ship.”

Murdoch’s possessions were discovered in 2000, when Premier Exhibitions returning to the site of the wrecked Titanic to continue their research. The team recovered many artifacts, including a toiletry bag with the initials “WM” embossed on it, which was the first clue to linking the artifacts to Murdoch.

The team researched each item in the bag, and began the process of identifying who could have one ed the bag. Ultimately, the discovery was assured to be Murdoch’s thanks to his uniform buttons found inside the bag. Back then, officers were given their uniforms, but had to purchase their own buttons – making spare buttons a necessity.

The theory was also supported with the other items found in the bag, including the razor, long johns and pipe. By 1911, Murdoch was always photographed as clean-shaven, despite having a mustache in his early life. Many officers had several pairs of long johns, which were necessary for cold nights at sea. Finally, the pipe is a short, briar wood pipe in the same style seen in photographs with Murdoch.

For more information on Titanic: The Artifact Exhibition, or to purchase tickets, visit their location on International Drive or check out their website.

Photos and video from ‘Titanic: The Exhibition’ in...