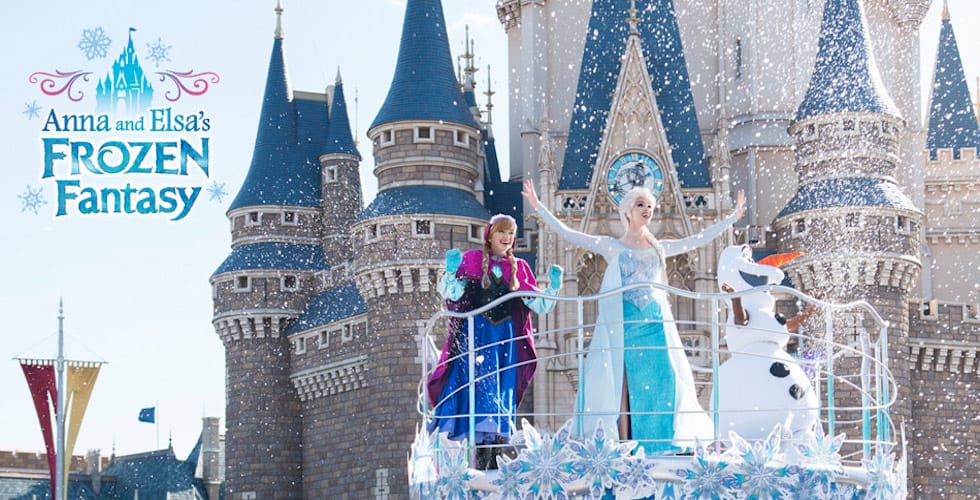 “Anna and Elsa’s Frozen Fantasy” will bring the world of Disney’s “Frozen” to life at Tokyo Disneyland, from Jan. 11 through March 19, 2018. 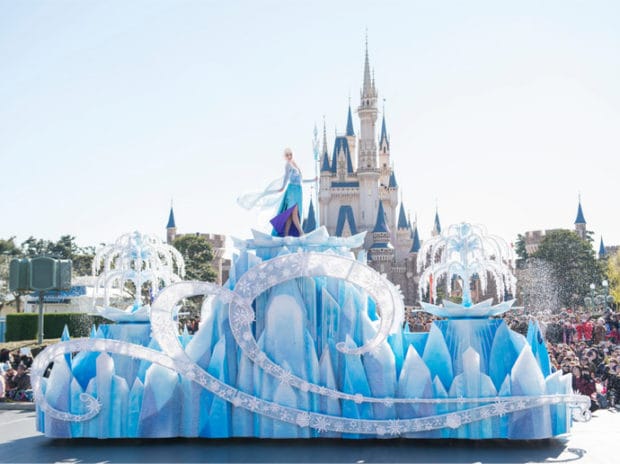 Anna and Elsa delight guests in a snow-filled parade.

The “Frozen Fantasy Parade” and “Anna and Elsa’s Winter Greeting” welcome show will return to the winter celebration, along with a new interactive photo location featuring Elsa’s ice castle. This will also be the final year of this “Frozen”-themed event.

The Frozen Fantasy Parade can only be seen at Tokyo Disneyland, and arrives to delight guests after Anna makes a wish to play with everyone in the snow. Elsa uses her powers to make a magical snowfall as the parade comes to a finale with everyone dancing to “Let It Go.” 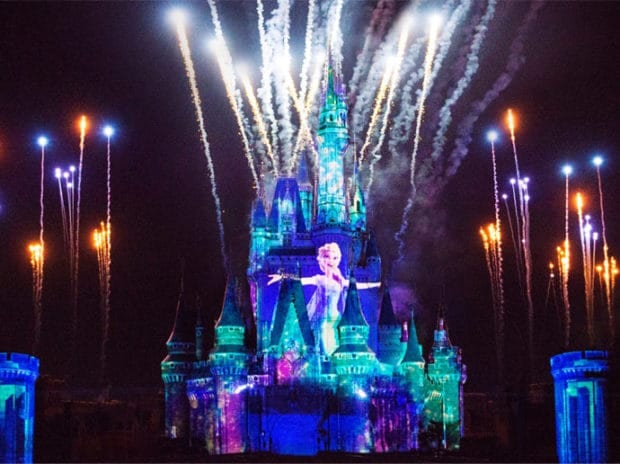 Conclude the evening with the “Frozen Forever” nighttime spectacular.

The evenings will be covered in dazzling snow and ice with “Frozen Forever,” the nighttime fireworks spectacular. This show is made up entirely of scenes from “Frozen” projected onto the exterior of Cinderella Castle.

Guests will watch as their favorite songs from the film, including “Let It Go,” “For the First Time in Forever,” and Love is an Open Door,” come to life in a different way as the show concludes with pyrotechnics above the castle.

Anna and Elsa’s Winter Greeting takes place at the Castle Forecourt Stage in front of Cinderella Castle. Younger guests practice a song-and-dance routine with villagers from Arendelle, who present the performance as a gift to Anna, Elsa and Olaf as they arrive to the fun on a float. Anna, Elsa and Olaf love the performance, and Elsa uses her powers to make it snow while everyone joins in singing “Let It Go.” Anna and Elsa then step down from the float for a meet-and-greet with the guests. 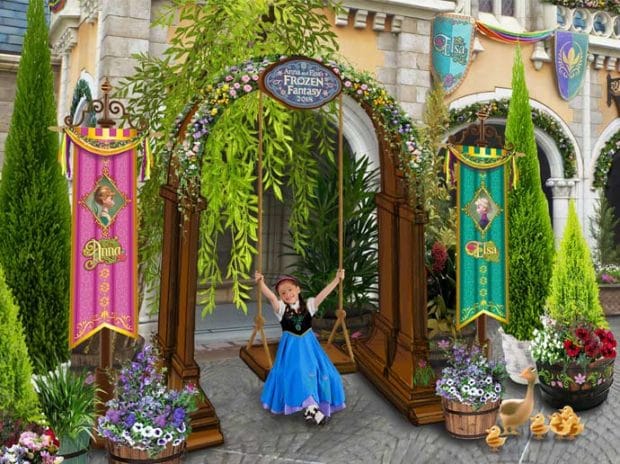 Feel like Anna from “For the First Time in Forever” with this photo location.

The park will host new photo locations themed to various scenes in “Frozen.” Plaza Terrace will feature a photo opportunity inspired by the scene in which Anna sings “For the First Time in Forever” while sitting on a swing.

Returning this year will be the photo location of Anna and Elsa ice skating in front of Cinderella Castle, as well as a scene of Sven letting guests climb into his sleigh in Fantasyland.

Other areas in the park will be decorated for the event, including decorations themed to the courtyard and castle of Arendelle in Fantasyland. Guests can go on a scavenger hunt for the Snowgies from “Frozen Fever” hiding throughout Tokyo Disneyland, and enjoy other decorative touches that further immerse guests in the winter atmosphere of the event. 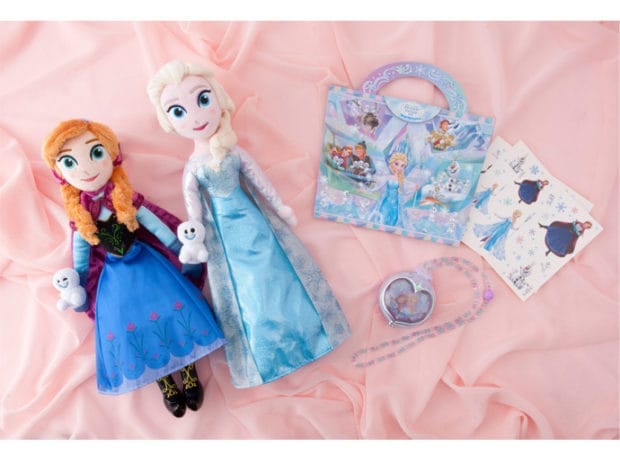 “Anna and Elsa’s Frozen Fantasy” will feature special merchandise for the event.

“Anna and Elsa’s Frozen Fantasy” will feature about 25 different types of merchandise for guests to purchase, including plush toys, stationery and more.

There will also be about 10 different types of merchandise featuring Anna and Elsa in Arendelle, including notebooks, cushions, mugs and pouches.

Artwork featuring Anna, Elsa and Olaf in the park will also be found on 20 different types of merchandise, including a lip cream set, a mini towel set and more.

Sweetheart Cafe, Refreshment Corner and Grandma Sara’s Kitchen will feature special menus inspired by “Frozen” for the event, and Plaza Pavilion Restaurant will be decorated and have special dishes themed to Anna, Elsa and snow crystals. 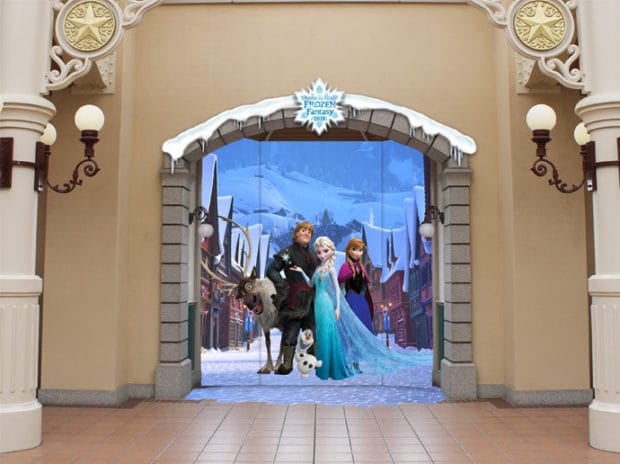 Guests can take a photo at this special photo location at the Tokyo Disneyland Station of the Disney Resort Line.

At Tokyo Disneyland Station on the Disney Resort Line, guests can find a special photo location with Anna, Elsa, Sven, Kristoff and Olaf to celebrate “Anna and Elsa’s Frozen Fantasy.”

“Anna and Elsa’s Frozen Fantasy” begins on Jan. 11 at Tokyo Disneyland. For more information on the event, and to purchase tickets, visit www.tokyodisneyresort.jp/en.