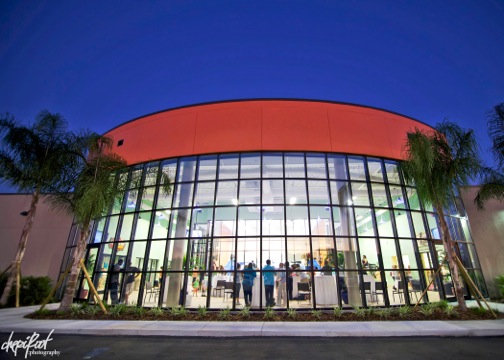 Approximately 100 of the best flowboarders in the country will be in Central Florida in August for a chance to flip, twist, jump and splash their way to the top of the 2012 Carbon U.S. Flow Tour to be held at Fantasy Surf in Kissimmee. 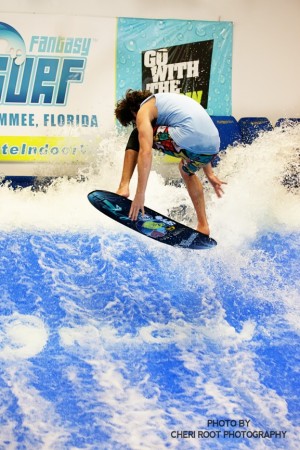 The two-day tour championship event will take place on Aug. 11 and 12, 2012 with competition beginning each day at approximately 10 a.m. The public is invited to watch the event for free and additional activities will be available throughout the day.

Fantasy Surf features the Wave Loch FlowRider system that has the look of surfing and wakeboarding, ride of snowboarding and tricks of skateboarding. Select winners at the U.S. Flow Tour Championships will win cash, prizes plus an invitation to represent the USA at the World FlowRider Championships to be held in Ogden, Utah on Oct. 12 and 13, 2012. This fast-growing board sport has gained popularity from FlowRiders being built on cruise ships and at resorts. Tour competitions are held in 10 venues across the U.S. including the championships.

The Flow Tour has professional and amateur divisions for:

The Carbon U.S. Flow Tour will take place at Fantasy Surf located at 5151 Kyngs Heath Road, in Kissimmee, Fla. More information can be found by visiting the venue’s website. Board sport fans who cannot witness the action in person, can still view the competition via Fantasy Surf’s live webcam feed on the website.

Here’s a look at Fantasy Surf from our report at their opening:

Here’s Sean Silveira talking about Fantasy Surf from the wave:

Royal Caribbean’s Wonder of the Seas promises the...

Look inside the new indoor surfing facility in...

You'll soon be able to catch a wave...

DC shines the Bat-Signal around the world...