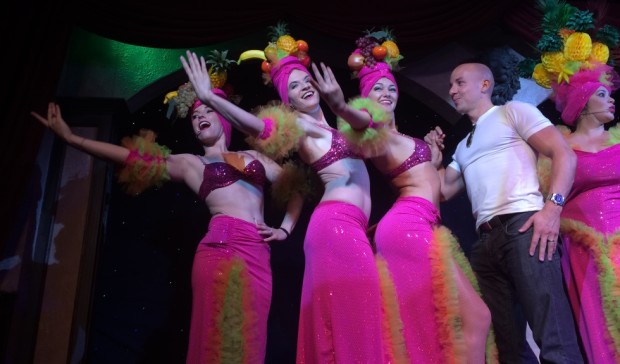 Just in time for their fifth anniversary, Treasure Tavern, one of the attractions at Pirate’s Town off International Drive, has premiered an all new part of their show.

Called “Celebrity Flash,” the new section takes the audience on a trip around the world. The finale features the show’s small band of performers taking on over 40 different roles in a whirlwind of singing, dancing, and comedy.

The Treasure Tavern show is designed for a more adult crowd and the “Celebrity Flash” finale follows suit. Many of the jokes and celebrity impersonations definitely tend toward the risqué side.

Treasure Tavern shows are typically presented every week, Tuesday through Saturday at 8 p.m. The new Cirque Magique is opening in July and will take place in the Treasure Tavern theater most afternoons.

For more information or to make a reservation, call 407-206-5102 or visit TreasureTavern.com.

Tickets available for Taste of I-Drive 360...