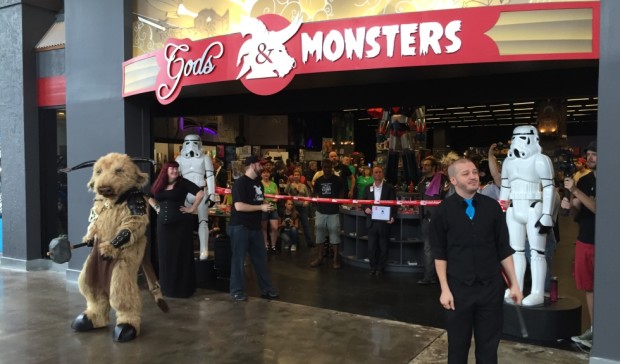 Touted as the first high-end, innovative comics and collectibles store of its kind in the U.S., the 18,898-square-foot Gods & Monsters offers sought-after merchandise including new and rare releases, import items and vintage collectibles. The decor was created by scenic effects artists whose portfolios include Central Florida’s world-famous theme parks and attractions.

Co-founders Todd Fisher and Anna Young have been in the comic and toy retail business for nearly 40 combined years.

Gods & Monsters is located inside Artegon Marketplace off of International Drive near Fun Spot America. For more information, call 407-226-3347 or visit GodMonsters.com.

Be sure to watch the June 25, 2015 episode of Orlando Attractions Magazine: The Show for a look inside.