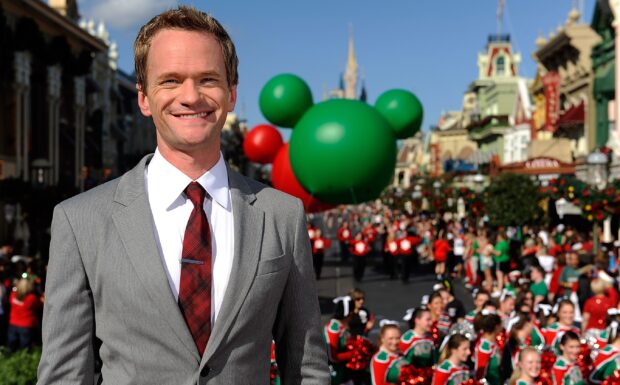 Harris, star of stage and screen, will host the telecast from Walt Disney World Resort in Florida while Cannon, who hosted last year’s Disney Parks Christmas Day Parade, will head to the Disneyland Resort. Spencer, a lifestyle journalist and co-anchor of ABC’s Good Morning America, will be the show’s special correspondent.

The festivities at Disneyland feature Mary J. Blige, a duet by American Idol Season 6 winner Jordin Sparks and Jason Derulo, as well as special performances by Demi Lovato, the cast of Teen Beach Movie and Dove Cameron. Season’s greetings will be had by all at Walt Disney World with a gleeful rendition of Let Me Love You by Grammy Award-winning R&B artist Ne-Yo, along with star-studded sounds by English-Irish boy band The Wanted, Italian vocal trio Il Volo, American Idol Season 12 champion Candice Glover and more.

Christmas spirit comes to life as Mickey and the gang help celebrate the season with holiday friends:
• Mickey and Minnie welcome the season aboard the Christmas tree float with their pal, Duffy the Disney Bear
• Elsa and Anna, from Disney’s hit animated film Frozen, make their holiday debut as they join a royal court down Main Street USA
• Belle and Beast join in the regal procession in a holiday tale as old as time along with Princesses Cinderella, Tiana, Aurora, Ariel, Rapunzel, Jasmine, Pocahontas, Merida, Snow White and Mulan accompanied by Prince Naveen, Prince Phillip, Prince Charming, Prince Eric, Flynn Rider and Aladdin
• It’s a winter wonderland with the Disney ducks. Everyone’s favorite nephews, Huey, Dewey and Louie, arrive on a Ski Shoppe Float followed by Mr. Bah Humbug himself, Scrooge McDuck
• Donald and Daisy celebrate in style aboard a chalet trailed by a sprinkling of holiday magic from dazzling ice skaters
• A classic Disney holiday parade wouldn’t be complete without Goofy, Pluto, and their furry woodland friends, Chip and Dale
• Pixie dust and Christmas magic will join Tinker Bell, Peter Pan and Wendy as they “think of the happiest things” this season
• Toy Story stars Woody, Buzz Lightyear, Jessie, Bullseye and Mr. Potato Head take the season to infinity and beyond
• Celebrate time off from school with Monster University students Sully, Mike, Terry, Squishy, Art and Roz, then cruise down the lane with Lightning McQueen, Mater and more
• Santa Claus is coming to town. Hearts of young and old will be overjoyed when they see the jolly man in the famous red suit coming down Main Street USA

The 30th Annual Disney Parks Christmas Day Parade airs Christmas Day on ABC. The show will also air in Canada on CBC Network, and across the globe on the American Forces Network. Guests also can join the conversation online with the hashtag #DisneyParade. Visit disney.com/christmasparade for more info including showtimes.

Be sure to watch our behind the scenes videos from the taping of the Walt Disney World segments below.

I’m tuning in tomorrow for the first time. Should be fun!