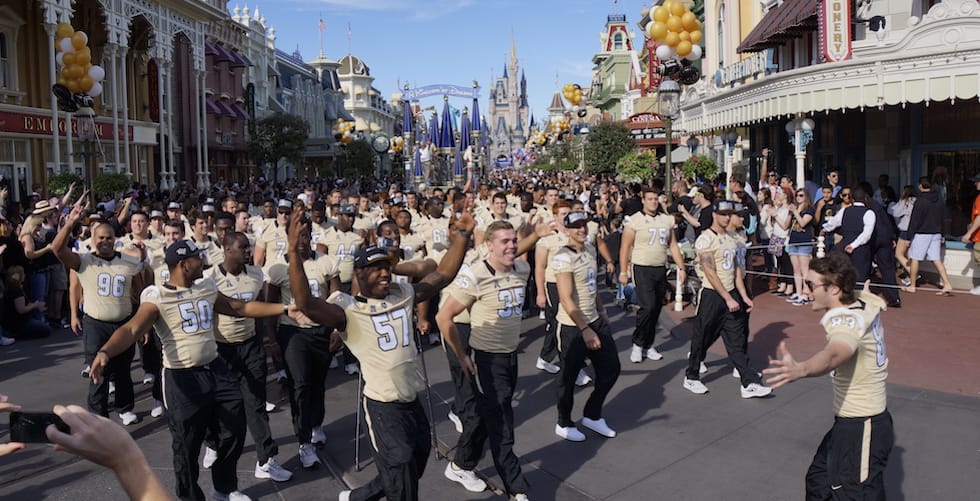 The UCF Knights will celebrate their championship season with a parade through Magic Kingdom.

On Sunday, Jan. 7, the University of Central Florida Knights football team will make their way down Main Street, U.S.A. at Walt Disney World Resort in a special parade held in their honor.

The parade is a celebration of the hometown team’s championship season with a perfect record, as well as their academic success. The parade will feature the UCF football team, cheerleaders and the marching band as they march through Magic Kingdom starting at 4:30 p.m.

UPDATE: Here’s a look at the full parade

This celebration is especially meaningful as UCF is Orlando’s hometown college football team, and their championship season is one of their proudest moments to date.

Guests and fans are invited to join in on the celebration and cheer on the Knights for their recent Peach Bowl victory.

Check out the Knights’ previous visit to Magic Kingdom for their Fiesta Bowl win in 2014 below:

Join us for ‘Early Night Live’ at Disney Springs

Will today’s parade be streaming live?

We didn’t stream it live, but you can see it right here: https://www.youtube.com/watch?v=YO3rVF-7Dok

Legoland Billund in Denmark to expand with...