You might not be able to ride Jaws or Back to the Future at Universal’s theme parks anymore, but you can now play virtual reality pinball tables inspired by those films with the new Universal Classics Pinball pack for Pinball FX2 VR.

As with previous Pinball FX2 VR releases, Universal Classics Pinball places pinball machines in the middle of iconic locations, including the forest behind Elliot’s house, a beach villa looking out to an Amity Island sunset, and Hill Valley’s historic town square—complete with a familiar clock tower. Players can expect to see E.T. elongate his head to see what’s happening during his pinball adventure, just as a shark fin circles the Jaws table and Doc Brown drives (or flies) his time machine as players engage with Back to the Future. 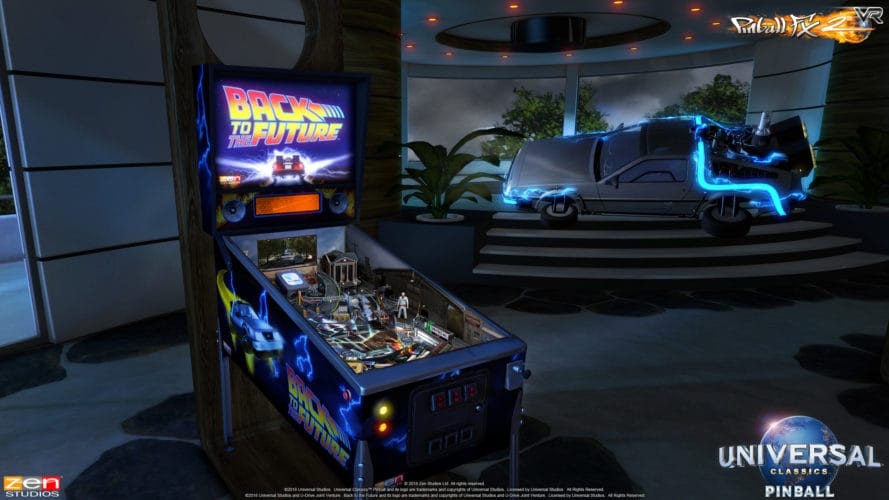 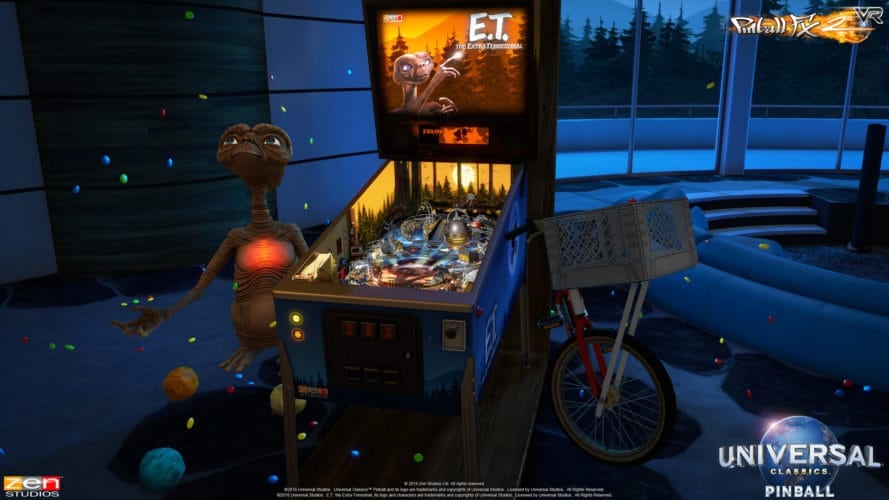 “For Zen Studios’ first-ever VR tables inspired by popular films, we’re offering up three of the most popular ones we’ve created in recent memory,” says Mel Kirk, Zen’s Vice President of Publishing. “We know that VR players are as hungry as a great white on the Fourth of July for quality new content, and Zen is happy to deliver with Universal Classics Pinball.” 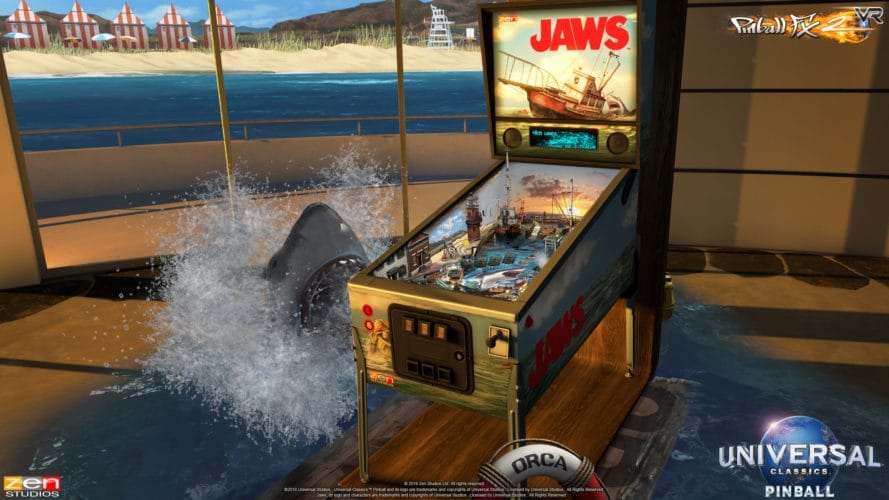 Universal Classics Pinball is available now for $19.99. For more information, visit pinballfx.com and watch this video: