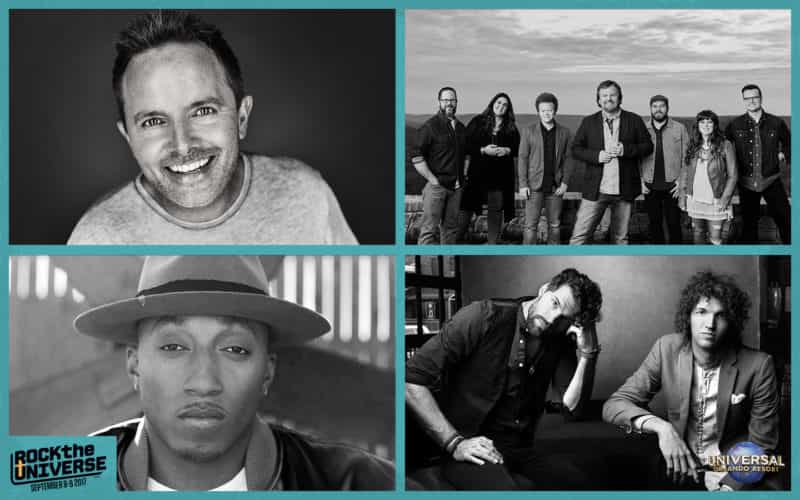 Universal Orlando has unveiled the 2017 Rock the Universe lineup of Christian concerts.

Universal Orlando’s annual Christian music festival doesn’t return until September 8-9, but we now know the 2017 Rock the Universe lineup of performers who will be playing at Universal Studios Florida.

On Sept 8 and 9, guests at the 2017 Rock the Universe can enjoy performances by Christian music artists like Grammy award-winning singer/songwriter Chris Tomlin; two-time GRAMMY award-winning hip-hop artist Lecrae; and Casting Crowns, who’s held the position of Billboard’s top-selling Christian music act since 2007; along with some of Universal Studios’ thrilling attractions.

The 2017 Rock the Universe lineup includes: 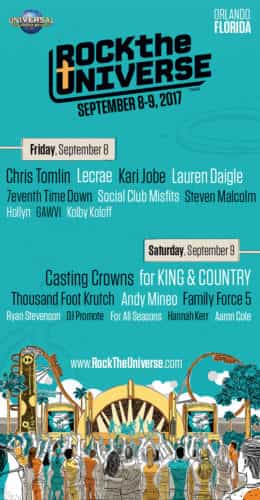 Beyond the concerts, the Coca-Cola Fan Zone returns again this year with autograph sessions and opportunities to interact with artists. You can also join Saturday night’s candle lighting ceremony.

Tickets for this event will go on-sale soon, and groups of 10 or more will be able to book the Rock Your Weekend Group Getaway vacation package. This package includes 2-night hotel accommodations at Universal’s Cabana Bay Beach Resort, 2-Park Rock Your Weekend Base tickets and more. To reserve tickets and packages for your group, call 1-800-224-4489, or visit the 2017 Rock the Universe webpage for more information.

I cant believe NF is not there Im crying