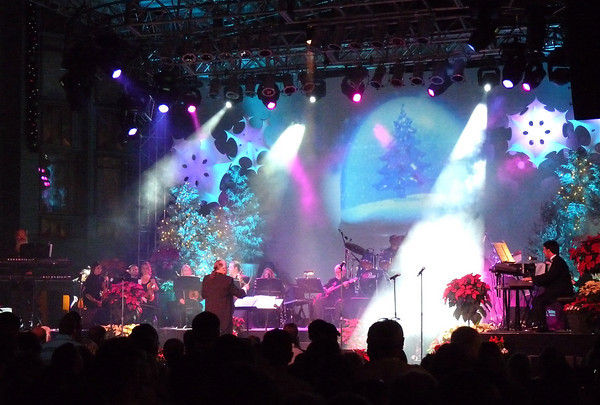 Here’s a video of Mannheim Steamroller performing one of several songs at Universal Studios last year:

While last year’s Mannheim concert took place in the middle of the Universal streets, this year’s concerts will be performed at Universal’s new Music Plaza stage, which features a 15,000-square-foot viewing lawn that is a whole lot more comfortable to stand on than the crowded theme park pavement.

In addition to the concerts, Grinchmas will return to Universal’s Islands of Adventure and the Macy’s Holiday Parade will once again make its way through the Universal Studios theme park streets.

“Music is a powerful part of the holidays – and we are creating a great, new way for families to enjoy the holidays together,” said Jim Timon, senior vice president of entertainment for Universal Orlando Resort. “Whether it’s an exciting parade, a heart-warming Grinchmas show or a joyful concert – there will be something for everyone to enjoy this holiday season.”

Last year, the cast of Universal’s Grinchmas Musical took the stage with Mannheim Steamroller to perform their entire show. Here’s an excerpt:

The Grinch performs without makeup with Mannheim Steamroller

All holiday entertainment, including the concerts, is included as part of admission to Universal Studios or Islands of Adventure.

Las Vegas welcomes the Year of the...

What would you ask The Grinch? The...