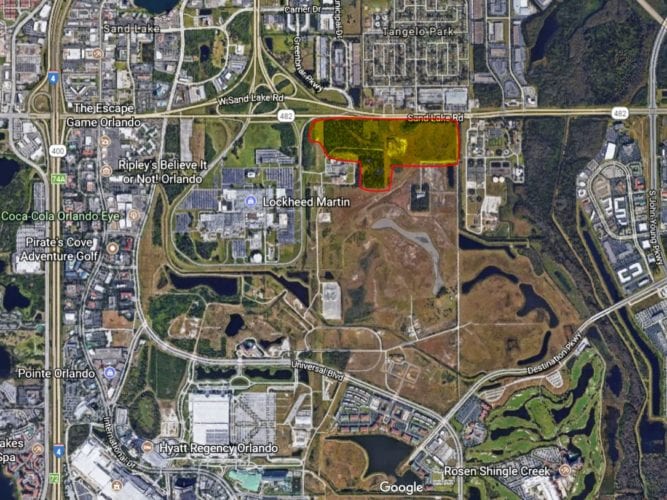 Universal Orlando has added 101 acres (highlighted above) along Sand Lake Road to its expansion property.

Universal Orlando now has even more room to grow, because the resort recently bought another 101 acres of land adjacent to the 475 acres of expansion property it already owns.

As first reported by the Orlando Business Journal, Universal Orlando has completed the purchase of 101 acres along Sand Lake Road for $27.5 million. The new parcel connects to the land near the Orange County Convention Center that Universal bought in 2015, bringing their total expansion plot up to 576 acres — larger than all the current theme parks at Universal Orlando Resort.

Universal spokespeople have confirmed the purchase but not provided any details on what they plan to build, though fans have speculated about additional theme parks, hotels, and nightlife. Universal has filed permits to build a 2,451-space “overflow” parking lot on some of their previously purchased expansion plot, but this is more likely to be for employees rather than theme park guests. 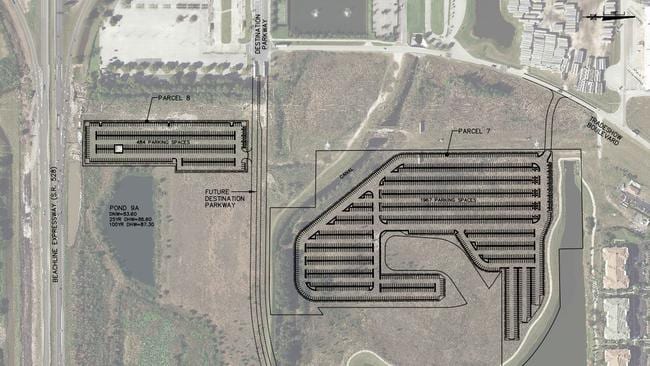 For more about expansion at the Universal Orlando Resort, watch this video of the former Wet ‘n Wild property, where Universal will be building thousands of new hotel rooms: