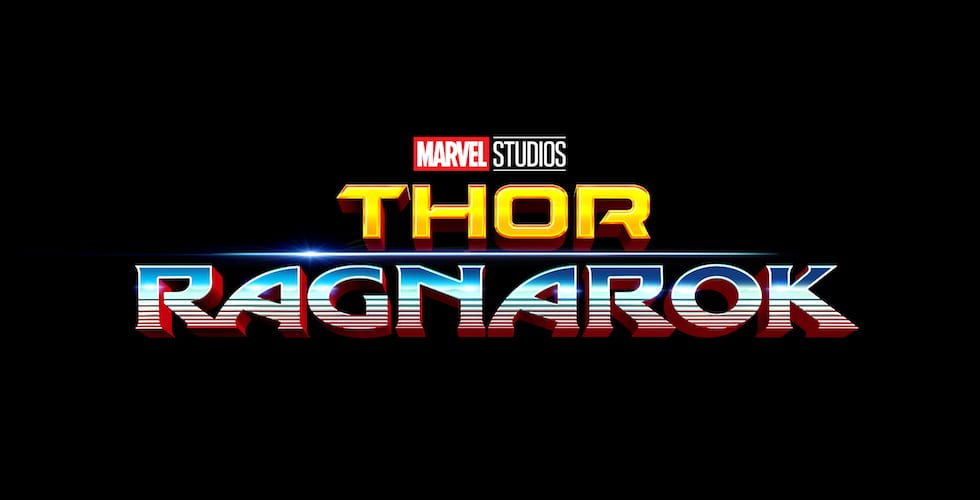 Marvel Studios’ “Thor: Ragnarok” makes its super hero-landing into theaters this Friday, and uses its self-awareness and sharp humor to tell a self-contained story before the universe-changing “Avengers: Infinity War.”

The third film in the “Thor” franchise and the seventeenth film in the Marvel Cinematic Universe has Thor (Chris Hemsworth) imprisoned on a garbage planet without his hammer in a race against time to prevent Ragnarok – the destruction of Asgard at the hands of Hela (Cate Blanchett), the goddess of death. Before he can return home, he must face his former ally and “the strong Avenger” in a gladiatorial battle – The Incredible Hulk (Mark Ruffalo)!

With a budget of $180 million, this film utilizes a lot of CGI in both its environments and its creatures, with one of the first seen being the Fire Dragon featured in the Guardians of the Galaxy – Monsters After Dark attraction at Disney California Adventure Park. 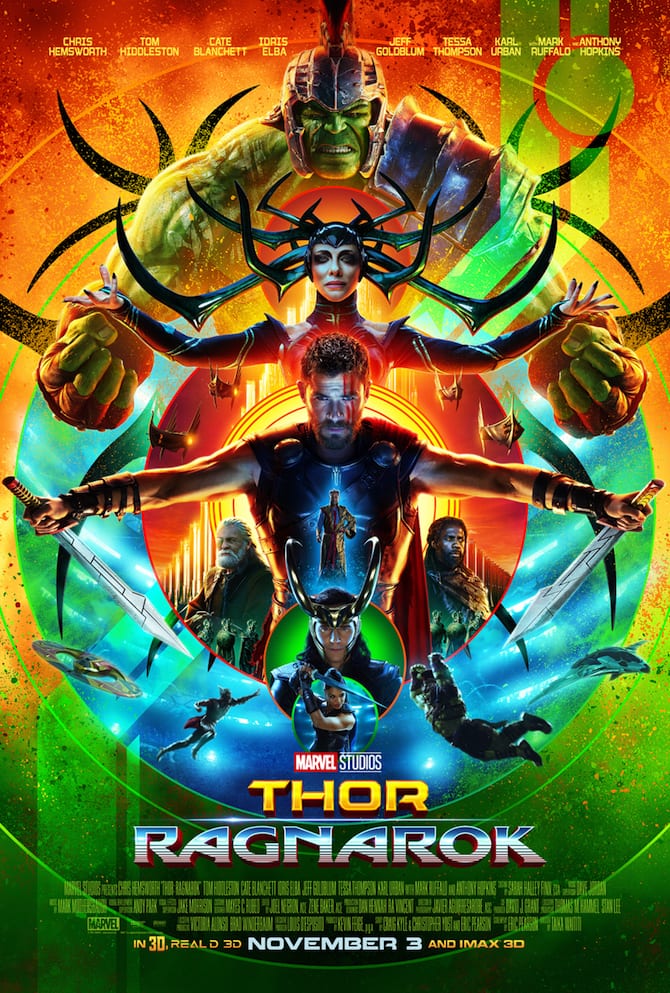 The official poster for “Thor: Ragnarok.”

The 80’s influences in this film were very subtle and organic, though seen and heard everywhere from the video game-style action shots, the neon and bright color grading, to the synthesizers that hummed underneath all the action, thanks to the score by Mark Mothersbaugh. You can also tell that the “Guardians of the Galaxy” films had a great influence on “Ragnarok” from the opening credits, which involve a fight scene to Led Zeppelin’s “Immigrant Song.”

The cast in this film was at the top of their comedic game, with nearly every cast member exploring their skills in comedy at every turn: Chris Hemsworth as Thor, Tom Hiddleston as Loki, Cate Blanchett as Hela, Idris Elba as Heimdall, Jeff Goldblum as Grandmaster, Tessa Thompson as Valkyrie, Karl Urban as Skurge, Mark Ruffalo as Hulk and Bruce Banner, and Anthony Hopkins as Odin.

Of course, a Marvel film isn’t truly a Marvel film without its cameos, so keep an eye out for a hilarious moment from Stan Lee, a visit from Benedict Cumberbatch as Doctor Strange, and even Matt Damon in a surprise guest appearance.

My favorite part of the film was its ability to not take itself too seriously. The jokes were so well-timed, and the humor was a cross between dry passing statements and perfectly delivered one-liners. I also fell head over heels for Goldblum as Grandmaster. His improvisation really made the character his own, and his dry delivery was so on-point. He definitely stole the show, and I hope that we see his character again in future films.

The film felt as if it was written as a road movie, with Thor on a quest to find himself after the destruction of his hammer and to make his way back to Asgard. I wish that Hela could have been written as more than just this “unstoppable” woman hell-bent on revenge against Odin. Her character arc didn’t have as much time to really develop beyond the surface.

In comparison to the previous entries in the “Thor” franchise, this film felt like a breath of fresh air. A new life was given to Thor and his fellow Asgardians through “Ragnarok.” With a more playful tone, the cast can actually have fun in their roles, and ultimately deliver a more convincing performance.

I appreciated that the film was a self-contained MCU story, yet still paved the way toward “Infinity War.” This film felt like a quick breather for the audience, giving them a chance to take a break from the action and drama to have a laugh or two. It is easy to tell that this film was Marvel Studios’ continuation of learning how to make a funny superhero film full of heart, without patronizing the audience with cheesy jokes that feel forced, or focusing too much on heavy drama and the seriousness of the MCU.

I loved this movie, and laughed the entire way through. I think this film serves as a great soft reboot to the “Thor” franchise, and sets the standard for the more fun-loving and comedic future entries in the MCU.

“Thor: Ragnarok” is rated PG-13, and will be available in 3D, IMAX and IMAX 3D on Nov. 3, 2017. I highly recommend seeing the film in 3D if you can, I felt that it greatly benefitted the visuals and perspective of the environments in the film. There are two end credit sequences, so be sure to stay through until the very end to catch them.

Stars in the Parks: Travolta and Preston...