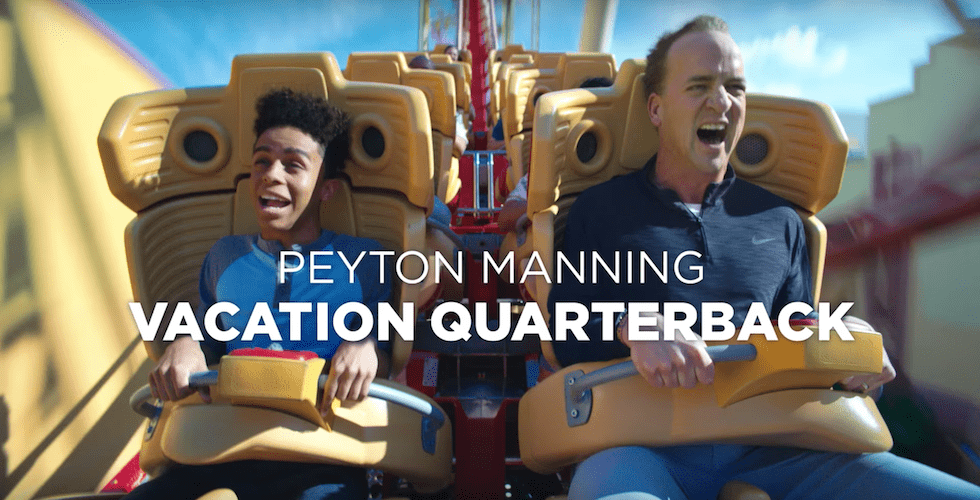 Peyton Manning becomes the vacation coach we never knew we needed in an all-new Universal Parks & Resorts commercial that will air during this year’s Super Bowl.

In the ad, Manning coaches families on how to take their vacation to the next level at both Universal Orlando Resort and Universal Studios Hollywood.

“This is your moment,” says Manning, as he coaches a family starting their day at a Universal Orlando Resort in the extended spot. “You are more than a team. You are a family. Now let’s get out there and play.”

Manning is seen with the family in both versions of the commercial to make sure that they truly do take their vacation experience to the next level. He screams on a roller coster, scrambles away from a raptor showing off its “game face,” tries his best to learn a few spells in Hogsmeade, and more.

Check out the extended version of the ad, as well as the shortened 30-second version below: