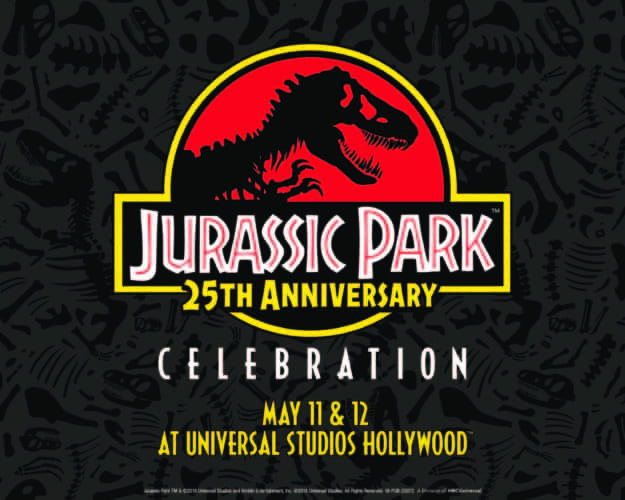 Universal Studios Hollywood is celebrating the 25th anniversary of Jurassic Park with an after-hours party on May 11-13.

The silver anniversary of Steven Spielberg’s second-biggest blockbuster is roaring around the corner, and Universal Studios Hollywood is honoring the occasion with a Jurassic Park 25th Anniversary Celebration on May 11-13, 2018.

The Jurassic Park 25th Anniversary Celebration will be an separately ticketed event held at Universal Studios Hollywood on Friday, May 11, Saturday, May 12, and due to popular demand, Sunday, May 13.

Created in partnership with Universal Pictures and Amblin Entertainment, the Celebration will feature a private screening of the original Jurassic Park at Universal CityWalk’s Universal Cinema (including re-release the film’s original trailer) paired with an exclusive after-hours party inside the Universal Studios Hollywood theme park’s Lower Lot.

Guests will receive a special commemorative lanyard, and unlimited access to “Jurassic Park—The Ride” and other select attractions, along with an interactive expo area featuring original props (including the Gyrosphere as seen in Jurassic World), original dinosaur maquettes, and costume displays. Live entertainment, themed food and merchandise will also be available during the event.

During the Jurassic Park 25th Anniversary Celebration event, guests will be invited to dress up as their favorite character from the franchise, and participate in themed photo ops and a fan costume show. Visit this page for costume guidelines requirements.

The event will also feature guest appearances by those who worked on the films, as well as an all-new Raptor Encounter exclusive. 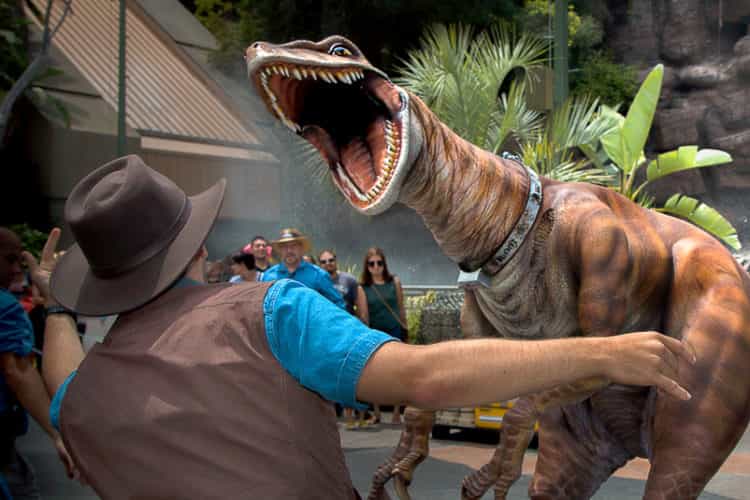 On Saturday, May 12, event hours are 5 p.m.-midnight with Universal Cinema entry for movie screening beginning at 4 p.m. and park entry at 7:30 p.m.

Admission to the Jurassic Park 25th Anniversary Celebration costs $69 for the evening event, or $129 in combination with a daytime park ticket; annual passholder discounts are available. Tickets can be purchased at universalstudioshollywood.com/JP25; space at the event is limited and may sell out.

Cast and crew of ‘Eternals’ discuss the...

Graceland to celebrate 40 years; here’s a...