If you’ve always dreamt of having a romantic dinner for two inside Hogwarts Castle, make plans to visit The Making of Harry Potter at Warner Bros. Studio Tour London during February for Valentine’s Dinner in the Great Hall. 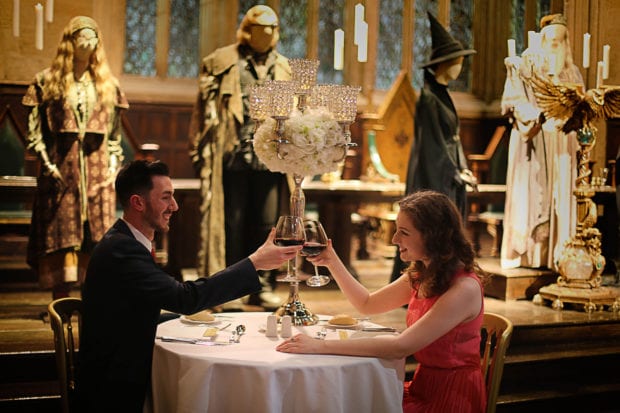 Warner Bros. Studio Tour will host a Valentine’s Dinner inside the Great Hall where the Harry Potter franchise was filmed.

Muggle couples are invited to spend Valentine’s Day 2019 at Hogwarts as Warner Bros. Studio Tour London — The Making of Harry Potter hosts a romantic dinner inside the iconic Great Hall set. Each night from Thursday, Feb. 14 through Saturday, Feb. 16, guests attending the evening event will be greeted on arrival with welcome drinks and canapés, including a special ‘Love Potion’ cocktail, before sitting down to dine on the authentic Great Hall set.

Seated at tables for two, guests will enjoy a romantic three-course dinner including a starter, main course, and desserts to share. Details of the evenings’ set menu can be seen here; vegetarian and vegan options are available and other dietary requirements can also be catered for (guests will be asked to provide this information during the booking process). 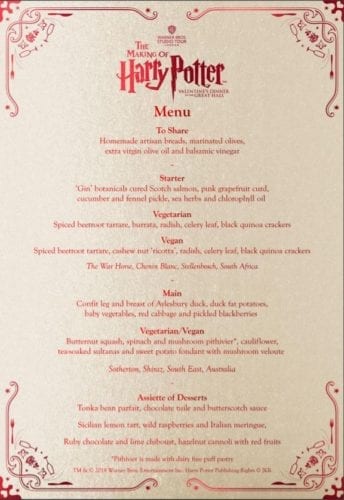 During the meal, couples will receive a complimentary photo taken at their table. After dinner, guests will be given exclusive after-hours access to the Studio Tour with the chance to see sets such as the Gryffindor common room, Dumbledore’s office, the Weasley kitchen at The Burrow and the Forbidden Forest before enjoying a drink on Platform 9 ¾. Featuring the original Hogwarts Express locomotive, the platform also includes the costumes of film couples Harry, Ginny, Ron and Hermione from the series’ concluding scene set 19 years after the battle of Hogwarts.

Following a tankard of Butterbeer in the backlot café, couples will be able to wander up the wizarding shopping street of Diagon Alley before arriving at the Hogwarts castle model. After-dinner tea, coffee and petit fours will be served overlooking the model. 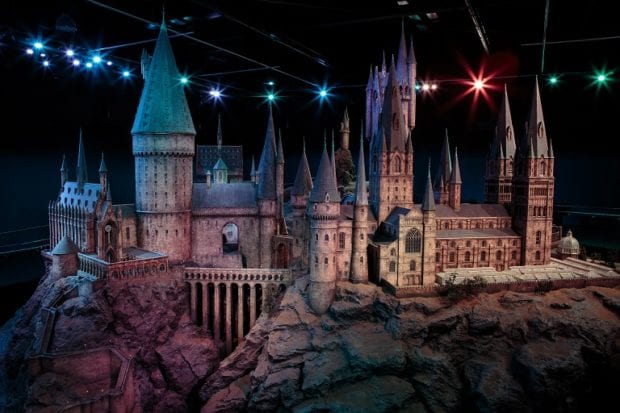 Tickets go on sale on the Studio Tour website at 10 a.m. London time on Tuesday, Dec. 18. For more information about The Making of Harry Potter in London, watch these videos: