In honor of Veteran’s Day here are a couple of photos from SeaWorld and the Flag Retreat Ceremony at the Magic Kingdom. 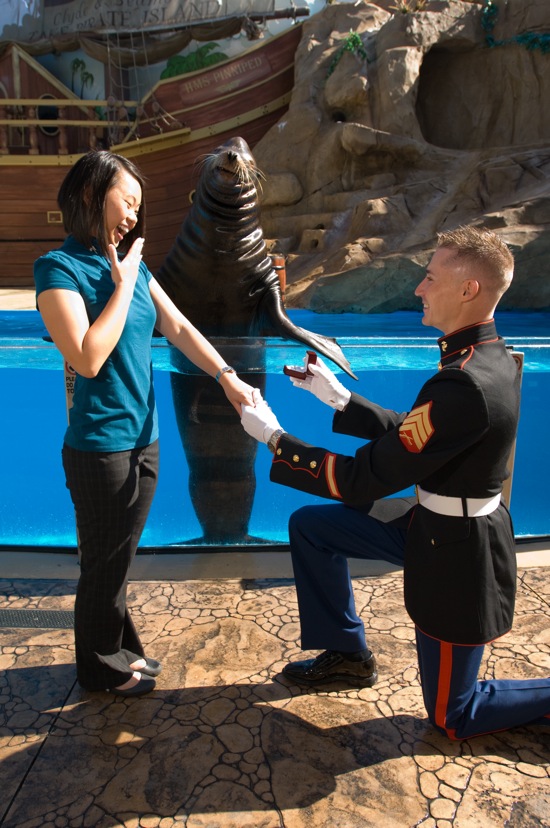 Clyde the sea lion looks on as Sgt. Matthew Kreisler from The United States Marine Corps left SeaWorld team member, Christine Ly, speechless after proposing in front of a crowd of thousands at SeaWorld’s “Clyde and Seamore Take Pirate Island” show. Kreisler’s family and friends were able to share this special moment through SeaWorld’s Here’s to the Heroes program. SeaWorld Orlando acknowledges the service of military men and women and the sacrifices made by their families with free park admission. 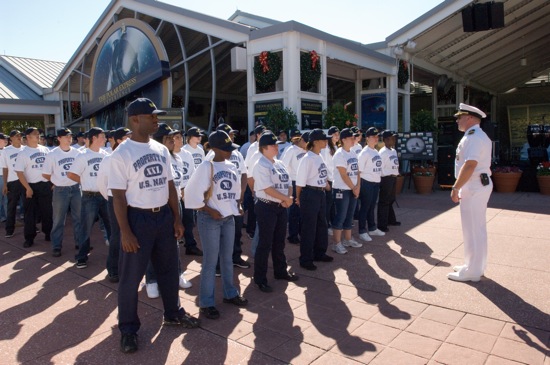 Nearly 100 Central Florida young men and women were sworn into the Navy during a ceremony held Nov. 10 at SeaWorld. The ceremony is one of several activities planned for Orlando Navy Week designed to share recruits’ dedication to the Navy publicly with their local community. 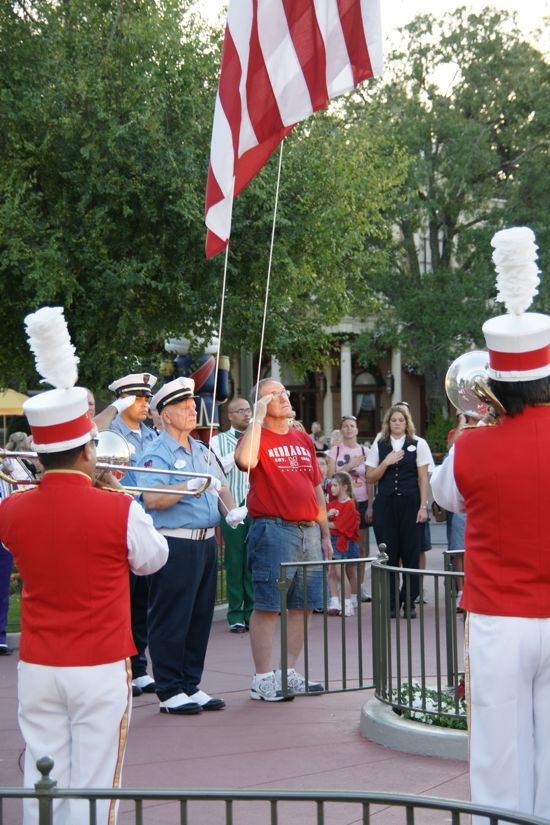 A U.S. veteran guest helps in the flag retreat ceremony each day at the Magic Kingdom. 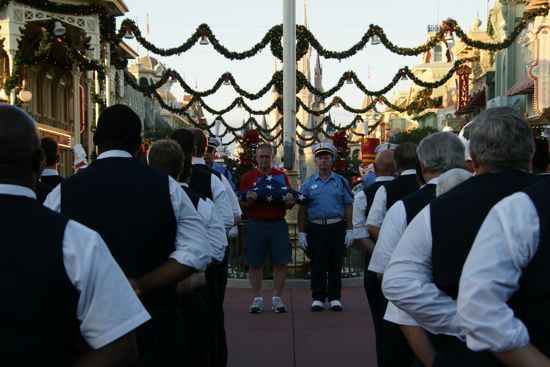 The guest is presented the flag and a picture taken during the ceremony.

Video: Behind the scenes of Manta