Via Napoli serves its one millionth pizza 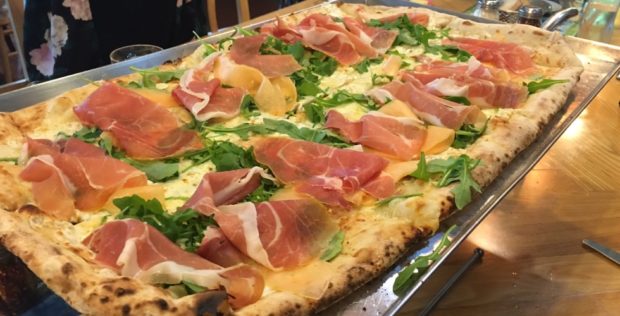 Via Napoli serves its one millionth pizza!

Via Napoli, the popular pizza restaurant in the Italy pavilion at Epcot, served its one millionth pizza on May 23. “We opened in 2010,” said Charlie Restivo, pizza chef at Via Napoli, “and computing the number of pizzas we bake every single day, today someone in the restaurant is enjoying the millionth.” That averages out to around 450 pizzas a day! 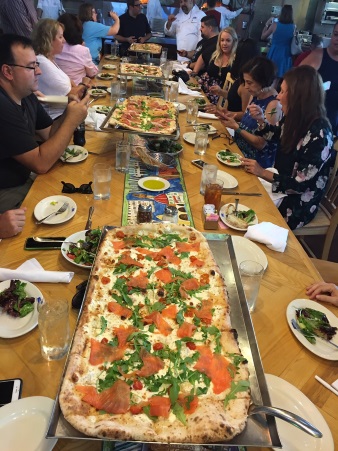 Via Napoli’s pizza’s are all made to order and handcrafted by trained chefs.

Via Napoli’s pizzas are crafted using methods and ingredients that are as authentic as possible. The wood-burning pizza ovens were designed to closely match those found in traditional Italian restaurants and many ingredients are imported directly from Italy. Even the water used to make the dough is sourced from a spring similar to those found in Italy’s Campania region.

According to the staff, the most popular pizza served is the margherita pizza with the all-American pepperoni pizza coming in a close second. Other popular pizzas include the prosciutto and melon pizza and the affumicata, which is made with smoked salmon and arugula.

While pizza is the main attraction, Via Napoli does serve other types of Italian cuisine as well including eggplant Parmesan, lasagna, spaghetti and a specialty linguine carbonara with truffle oil.