With Halloween Horror Nights officially kicking off this Friday at Universal Orlando Resort, we were able to check out this year’s scare zones during a team member preview of the event. 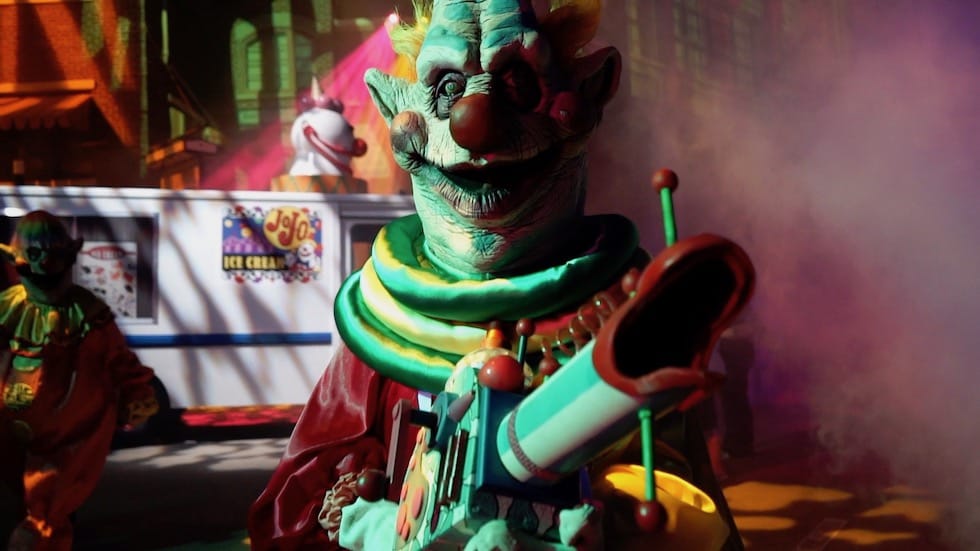 Check out all our videos of this year’s scare zones at Universal Orlando’s Halloween Horror Nights.

This year’s HHN features five scare zones, with most following the implied 80’s horror theme of the event. Keep in mind that these videos were taken during a team member preview, so not all effects may be working or show-ready.

Check out our videos and descriptions of each zone below:

Chucky has brought a toy fair to life on the streets of Hollywood and turned your childhood playthings into nightmares. You’ll be dying to play.

An interstellar circus tent has landed on South Street, but the joke is on you as otherworldly clowns threaten to turn you into cotton candy and devour you whole.

New Year’s Eve, 1984 – A blood-sucking DJ counts down to 1985 as fanged punks hunt down partygoers. When the year ends, so will you.

An ancient evil is now awake in Central Park and has turned Halloween into an abomination. Vines and rotting pumpkins are everywhere, and the larger pumpkins hold human victims – combining their flesh with pumpkin guts.

An old barn is the setting for this horror show, with its walls decorated with objects from each house. This photo-op zone is located along the Avenue of the Stars, but all is as abandoned as it seems.

Check out our ultimate guide to this year’s Halloween Horror Nights at Universal Orlando Resort here. To learn more about this year’s HHN, and to purchase tickets, visit Orlando.HalloweenHorrorNights.com.

A look at what’s happening this weekend...